Sharaf was executive director at NBK Capital Partners and had worked in its mezzanine business since 2011. He previously held roles at Investcorp and in BNP Paribas’s leveraged finance business. He began his career in 2001 in corporate lending and project finance at Bank of Nova Scotia.

At Gulf Credit Partners he will support the growth of the business, which focuses on providing mezzanine and structured capital to growing small and medium-sized businesses in the Middle East and North Africa.

Gulf Capital’s senior managing director of private debt, Christopher Foll, said: “I am delighted to welcome Sharaf to the team and look forward to leveraging his deep knowledge and strong relationships across the industry in the Middle East and North Africa.

“His proven track record in origination, deployment and structuring will be a valuable addition to the team and will support the further growth of our private debt and mezzanine business.”

Gulf Capital closed its second Middle East-focused credit fund, GC Credit Opportunities Fund II, in 2016 at $250 million. The fund targets high-growth companies in the Middle East, Turkey and Africa and has a returns target of 15-18 percent. 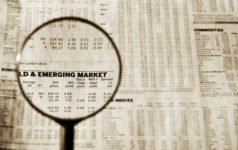 The need for finance is greater than ever in emerging markets