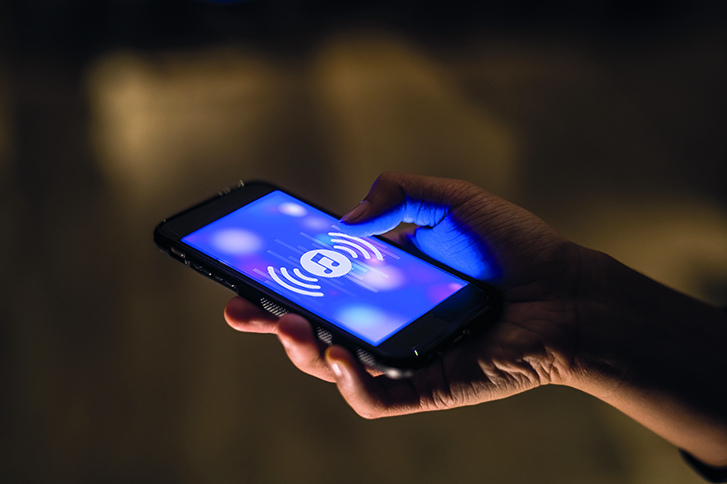 As the song goes, rock and roll never forgets, and often for investors, neither do the royalty income streams derived from the music catalogues and film libraries of their creators or copyright owners. That has not escaped yield-hungry investors who increasingly want to benefit from the rights to an artist’s work, and to share, if only vicariously, in a little of the glory.

“There’s a confluence of factors driving the popularity of this market,” says Larry Mestel, founder and chief executive officer of Primary Wave, which invests in premium music catalogues and songs from artists such as Bob Marley and John Lennon. The firm then markets and brands the artistic material to promote it to new audiences. In late January, Primary Wave purchased the assets of Sun Records, including the master recordings of Johnny Cash and Jerry Lee Lewis, for a reported $30 million.

Mestel attributes heightened investor interest to historically low interest rates, the rise of music streaming and the desire of many ageing artists to raise cash and plan their estates at a time when the tax environment, which could change radically under a Democratic administration, remains favourable.

“A lot of artists should sell now, and pay 20 percent instead of 40 percent,” says Jim Moore, founder and chief executive of Vine Alternative Investments, which manages funds that do securitisations of film, television and, more recently, music royalties. He was referring to the Biden administration’s proposal to require investors to pay income tax on the sale of their investments, rather than the current capital gains tax.

“Investors like the self-liquidating nature of these assets because there is no need for a capital markets event for an exit,” says David Conrod, chief executive of FocusPoint Private Capital Group, which has managed all Round Hill Music Royalty’s private capital raisings in the US, including one in October for $291 million. These securities, with a duration of 70 years for songwriting and producing a royalty stream of income, aren’t really a credit play, he says. “They’re definitely a non-correlated asset.”

“It’s steady, easy, simple and has sex appeal,” says Jason Karlov, entertainment media and practice chair of Barnes & Thornburg in Los Angeles. Investors see the catalogues as collectibles, he says, and there is a cool factor.

Nevertheless, says Moore, “there’s an enormous amount of risk in this industry”, with the potential for people to get into trouble if they are more attracted to the “social aspect” rather than the investment itself.

And for all the glamour inherent in being associated, if only remotely, with a rock star, music catalogue securitisation – despite strong growth in recorded music in recent years – is still just a fraction of the $465 billion in asset-based financing as of 2018. There is currently some $6.8 billion in music asset value in the hands of investment funds, private, public and debt sourced, according to Barry Massarsky, president of Massarsky Consulting, and a former senior economist for Ascap.

But the potential market for securitisations is difficult to determine because music publishing revenues look at only one year of growth. In an article last year, Will Page, former chief economist at Spotify, estimated that the global value of the music copyright business rose 9.3 percent in 2018, to an all-time high of $30.1 billion in nominal terms.

Coining it from catalogues

The spectacular revenue growth from catalogue streams – or music released at least three years before the listener presses ‘play’ – is driving the numbers. Vivendi’s Universal Music Group, the biggest music rights company in the world, reported revenue from catalogue streams contributed 57 percent of Universal’s global digital revenues in 2019, up 54 percent from the prior year, per a Rolling Stone article last autumn by Tim Ingham, founder and publisher of Music Business Worldwide.

Unsurprisingly, music management companies with a keen knowledge of the music business are increasingly teaming up with well-heeled fund managers and institutional investors to purchase these catalogue assets and their associated streams of income, or royalties. Hipgnosis Songs Fund, a British music intellectual property and song management company that went public on the London Stock Exchange in 2018, has already spent $1.7 billion for the rights to songs by artists such as Debbie Harry and Chris Stein of Blondie, and Taylor Swift collaborator Jack Antonoff.

Primary Wave has more than $1.5 billion in cash and assets under management, and counts a handful of institutional investors, including large pension funds and insurance companies, among its backers, according to Mestel. In 2016, Primary Wave received a reported $300 million from many institutional investors, including BlackRock Alternative Investors.

Big managers are also active, with KKR, which has invested in the music industry since 2009, in January buying the rights to a 500-song catalogue from artist Ryan Tedder, a member of pop rock group One Republic, reportedly for about $200 million. The catalogue also includes songs Tedder co-wrote with music luminaries such as U2, Paul McCartney and Lady Gaga. Carlyle Group’s direct lending platform last summer issued a $125 million term loan to New Regency Entertainment, a film production company that has produced such hits as 12 Years a Slave.

In January, Hipgnosis raised about £75 million ($103 million; €85 million). Although some reports claimed it fell short of its £605 million target, Merck Mercuriadis, founder and CEO of Hipgnosis, says in an email to Private Debt Investor the reports were erroneous. The £600 million cited in the prospectus was a maximum to be raised in the next 12 months, and not a target, he says. “No company on the London Stock Market raised more money in 2020, and that was £425 million,” Mercuriadis says. Hipgnosis is the number 35 yielder on the FTSE250, he says, “demonstrating our thesis that the revenues of great songs are uncorrelated”.

Round Hill Music Royalty Fund raised a total of $619 million in public and private capital last autumn, including its initial public offering on the London Stock Exchange. Round Hill “has been very active and successful in fundraising”, Josh Gruss, CEO, says in an email.

He says the fund had closed on more than 50 catalogue acquisitions in the past 24 months, including the music of Black Sabbath and Kiss.

“Right now the business is frothy and very exciting,” says Massarsky. “It’s a sellers’ market, and it is very hot,” he adds, with legendary artists such as Bob Dylan and Stevie Nicks cashing in on all or part of their existing work. Music assets are attractive, he says, because they achieve a solid rate of return”.

Institutional money is driving the interest, Massarsky adds. He counts some 12 major funds, organised by private managers and others, as among powerful participants in the market. For classic rock and adult contemporary songs, multiples have jumped from 13.6 times net publisher value (akin to cashflow) in 2018 to an average of 17.3 times NPV in 2020, Massarsky says. But more contemporary songs trade at lower valuations, as their value declines once they are off the hit parade. He says those multiples rose from an average 11.6 times in 2018, to 13.9 times last year.

“As the music business started showing double-digit growth, Wall Street woke up,” says Donald Passman, an entertainment lawyer at Gang, Tyre, Ramer and Brown who was responsible for record-breaking ‘mega-deals’ for Janet Jackson and R.E.M.

Passman, who wrote All You Need to Know About the Music Business, believes the market is far from mature, and that it hasn’t been very heavily monetised. He says streaming has not fully penetrated the US and there are still opportunities for expansion in emerging markets.

“It’s unclear how long this will last,” says Karlov, whose clients include the Grateful Dead and John Fogarty. “At some point you run out of baby boomer catalogues.”

In any event, “none of those cashflows are guaranteed, which is why a lot of people have gotten into trouble in this industry”, says Moore, of Vine Alternative Investments. The deals project cashflows over 30 years, he says, a time during which significant disruption can occur. Remember Blockbuster and vinyl records? “The only thing you know is that you don’t know what’s going to happen in the next 30 years,” says Moore.