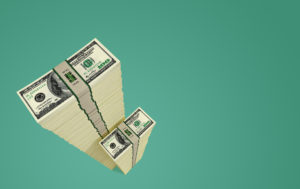 Adams Street Partners is back in the market seeking another pool of cash for its mid-market lending strategy, according to documents from the Kentucky Retirement System.

The New York-based credit arm of the Chicago-based fund-of-funds behemoth is seeking $1 billion for Adams Street Partners Private Credit Fund II, which carries a $1.5 billion hard-cap. The vehicle is a follow-on to its initial vehicle that closed on $1.1 billion, which included leverage, in May. Fund II will also utilise leverage of up to 1.5x debt to equity.

The commingled fund charges a 0.35 percent management fee on invested capital and a 10 percent incentive fee over a 7 percent hurdle. It is aiming for between 9 percent and 11 percent net internal rate of return, which would be distributed quarterly.

KRS will be one of two anchor investors in the fund, the documents show. In Fund I, the Texas Municipal Retirement System, which committed $200 million to the vehicle, was a founding investor. In addition to TMRS, Amica Life Insurance company also committed capital to the debut fund.

KRS also committed $250 million for co-investments, according to the materials from the Louisville, Kentucky-based pension plan. The sidecar vehicle will have no management fee or carry. The lack of fees on the sizeable co-investment commitment is an example of one of the appeals of such positions.

“LPs like it because it’s a great way to get reduced fee or no fee and no carry exposure, at times,” Cambridge Associates managing director Tod Trabocco told Private Debt Investor earlier this year. “So, on the credit side we think we tried to negotiate no fee, no carry. We don’t always succeed. From what I’ve seen it’s GP specific, so GPs will say, ‘yep, free co-investment, no carry, no management fee.’ Others will say, ‘well, you know, we’re going to charge you on that as well.’”