Managers of private debt funds based in the European Union will find it easier to build investor interest there in the months before a vehicle is open to subscription thanks to an update of the 2011 Alternative Investment Fund Managers Directive.

The Cross-Border Distribution of Collective Investment Undertakings Directive, approved by the European Parliament in April, takes the highly liberal system for this early stage of hawking funds – known as “pre-marketing”, which is available to fund managers marketing in the UK – and extends it across the EU. It is commonly known as the CBDF (Cross-Border Distribution of Funds) Directive.

Asked whether the average fund will end up pre-marketing in more countries than it did before the rule change, Tim Dolan, a partner in law firm Reed Smith’s London office and an expert in financial services regulation, says: “Correct. I completely agree with that.”

Under the current system, in most countries managers can build investor interest before they are deemed to be marketing their funds, at which point they have to jump over various time-consuming hurdles. “In a number of European countries you’re very limited in the documentation that you can give to people,” says Nick Holman, partner and co-head of the investment funds group at law firm Hogan Lovells in London, of the pre-marketing stage. “In some countries you have to remove the name of the fund and any of the terms, so effectively you have to have a different marketing deck in different countries, which is cumbersome and tedious.”

At one end of the spectrum, say lawyers, lies the UK, where there is no significant restriction on the information that can be provided in pre-marketing. At the other end, says Leonard Ng, co-head of the EU financial services regulatory group at law firm Sidley Austin’s London offices, are countries such as Belgium, which “do not appear to recognise pre-marketing at all at the moment”.

The current pre-marketing rules, says Dolan, are “a big deal” for managers looking to raise funds across Europe. Costs include regulatory charges in some jurisdictions for notifications, hiring local lawyers to assist with the process, and the time taken to explain to staff the pre-marketing rules in different countries. “In practice the fund may only end up with investors coming from three or four member states,” he says. “So why should they face the cost, time and delay in making a notification to pre-market funds in a country if, at the end of the process, no one invests from that country?”

A survey of alternative investment fund managers by Intertrust, the administrative services provider, suggests this kind of deregulation is long overdue. Regulation was cited by 91 percent of respondents as the leading cause for concern when marketing funds across Europe.

Lawyers expect the European Council to endorse the directive without further changes. Member states will then need to turn it into domestic legislation. Law firm Addleshaw Goddard expects “the bulk of the new rules” to come into force in EU member states by the end of 2021.

Lawyers expect a similar regime to be applied for non-EU funds pre-marketing in the EU when member states implement AIFMD II, a tinkering of the original directive following a review. “At the moment, a US manager that wants to market private debt into Europe may not visit investors in a whole raft of European jurisdictions because it’s just too painful,” says Holman. He adds that he regularly works with US managers that restrict themselves to the UK, Luxembourg and the Netherlands.

However, lawyers warn that the same directive could make reverse solicitation – investors approaching fund managers rather than the other way round – more difficult.

Holman notes that an unclear and “very badly worded” part of the directive could “easily” be read as saying that a fund manager could not accept reverse solicitation from any investor in a country where the manager had done pre-marketing in the previous 18 months. He expresses hope that the European Securities and Markets Authority will provide guidance that this 18-month bar should only apply to companies that had received pre-marketing.

Moreover, there is, as Holman puts it, a “little sting in the tail” to the liberalisation of pre-marketing: the fund has to tell the regulator in its home market that it is undertaking pre-marketing within two weeks of starting it. 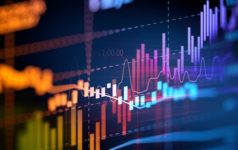