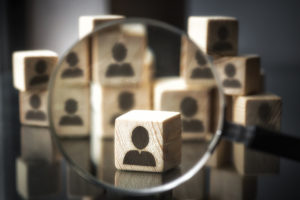 The recruits are Siddharth Rao, a former portfolio manager with Edelweiss Alternative Asset Advisors where he worked on a private credit and mezzanine fund that targeted Indian companies, and Paul Schrecongost, who was head of structured lending and special situations legal at Nomura Singapore, according to a spokeswoman.

Rao and Schrecongost are joined by two other executives and a junior portfolio manager. As Private Debt Investor reported, AllianzGI has already hired Sumit Bhandari and Weizhong Yun. Bhandari was a director and portfolio manager in the Asia – Credit Strategies Group at The Abraaj Group. Yun directed the firm’s South-East Asian private equity coverage based in Singapore.

The Asia private debt team’s core markets are South-East Asian countries and Australia. The team was due to begin investing in November 2018, with Allianz as an initial investor. The core investment strategies are senior secured debt and mezzanine financing for private companies based in Asia.

The spokeswoman said “the team is actively looking at several advanced transactions in these core markets in order to deploy the capital raised”, but it is not confirmed whether it will be looking to raise third-party capital for a dedicated private credit fund.

The Asia private debt team is the latest addition to AllianzGI’s alternatives pillar, which includes its infrastructure debt offering.

According to Deborah Zurkow, global head of alternatives at AllianzGI and a member of the global executive committee, her team will explore extending the range of emerging market credit via its global platform, with Asia as an anchor.