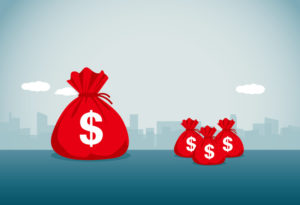 Apollo Global Management has held a final close on $2.34 billion for its dislocated credit offering, Apollo Accord Fund IV, bringing the total amount raised for its Accord strategy to more than $4.1 billion over the past 10 months. The target was between $2 billion and $3 billion, sources close to Apollo said.

“We are excited by the strong investor response” to the dislocation strategies, John Zito, deputy chief investment officer of credit at Apollo, said in a news release. Looking ahead, he said Apollo expects the current environment and market structure “to continue to produce short-lived bouts of volatility”, which the Apollo Accord strategy is “well-positioned to capitalise on, sourcing significantly mispriced risk from forced sellers and other market participants”.

The New York-based manager said Fund IV investors included existing LPs and new, global institutions seeking credit opportunities during periods of volatility, as was experienced in early 2020. The Accord strategy, with a total of more than $6.3 billion under management, focuses on providing liquidity during broad-based market stress by purchasing high-quality, secured cross-asset risk. Apollo, which launched the strategy in 2017, has a successful track record of “investing swiftly in high-quality credits” in such times, Zito said.

Indeed, in the first quarter of 2020, the predecessor fund, Accord Fund III, drew down 75 percent of its capital in just nine business days to take advantage of high-quality buying opportunities amid market dislocation, the release said. Accord Fund III raised $886 million and closed in August 2019, while an add-on vehicle, Accord Fund III B, raised $1.75 billion in about eight weeks last spring, closing in May 2020. Both reached their targets.

Apollo, with some $455 billion under management as of 31 December 2020, is one of the leading global alternative investment managers.