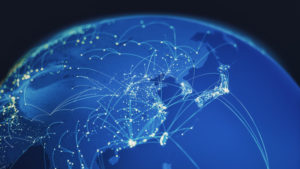 Ares Management, a credit behemoth in the US and Europe, has significantly furthered its foothold in Asia-Pacific with the acquisition of a majority stake in SSG Capital Management.

Los Angeles-based Ares acquired SSG in a stock-and-cash transaction that is expected to close in the second or third quarter of the year, the firms said in a statement. Under special circumstances, Ares has the option to fully acquire SSG, a move that can come at the behest of Ares or SSG equity holders.

“Our view is that SSG will be our platform for expansion throughout [the region],” Ares chief executive and president Michael Arougheti told Private Debt Investor. “Our vision for Ares [in Asia] over time is to have a fully developed platform, like in the US and Europe, that includes not only credit but also private equity and real assets.”

Ares currently has offices in Dubai, Hong Kong, Mumbai, Shanghai and Sydney. Products include the China Growth Capital strategy, which targets minority investments in companies in industries that could be instrumental to the Chinese economy.

For its credit operations though, the flagship direct lending products, the Ares Capital Corporation (ARCC) business development company and the Ares Capital Europe fund series, are focused on the US and Europe.

“As attractive as [Asia’s] growth is, there are very few teams that have been together as long as this team, and there are very few firms that would fit culturally at Ares,” Arougheti said, noting SSG matches both Ares’ investment and social cultures.

In October, Ares entered into a joint venture with Fidante Partners to aid in the marketing and investment management of the firm’s credit, private equity and real estate products. The effort will target both retail and institutional investors.

SSG chief executive Edwin Wong said in the statement: “Through the combination of our expertise in the region and the resources of the entire Ares platform, we believe we can better serve our growing investor base as many of our clients seek to increase their allocations to Asian alternative investment strategies.”

The deal comes as consolidation has been a theme in private credit, though this has a unique cross-border element to it. Much of the consolidation in the credit world has taken place in the US, particularly in the business development company space. Ares has been the beneficiary of that trend, with ARCC acquiring Allied Capital in 2010 and American Capital in 2017.

Fundraising numbers for Asia-Pacific-focused funds have fluctuated over the years, with vehicles focusing on the region locking down $5.83 billion in 2019. The region’s capital-collecting record came in 2015 when funds raised $8.8 billion.

US-based managers have slowly been raising dedicated products in Asia-Pacific after establishing an early presence there. Värde Partners raised $400 million for its debut Asian credit fund in 2018, though the firm has had an outpost in Singapore for some time.

Boston-based Bain Capital has a similar story. The firm’s distressed and special situations team targeted a small slice of its Bain Capital Special Situations 2016 fund – less than 10 percent – on the Asia-Pacific.