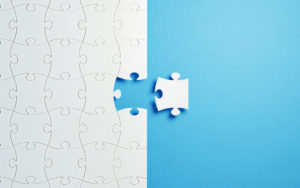 Ares Management, the 19th-largest private equity firm according to the PEI 300, is eyeing its second acquisition of a secondaries firm this year after its $1.08 billion purchase of Landmark Partners in June.

The Los Angeles-headquartered firm, best known for its credit business, is in talks with Spring Bridge Partners about acquiring the firm, according to four sources familiar with the matter.

It is unclear what stage the discussions are at, though they are understood to be advanced.

The firm has made several deal-by-deal investments with an eye to raising a fund. Its deals include the 2019 backing of the spin-out of Wafra Partners, the direct investment team of Wafra Investment Group, to become Granite Bridge Partners, and in May this year it led a fund restructuring of legacy assets owned by Los Angeles-based private equity firm Brentwood Associates, according to a statement.

Burdel and Salvato would join and report to Ares’ Landmark team as part of the acquisition, according to a separate source familiar with the matter.

Spring Bridge had been seeking $500 million for its debut fund as of 2019, affiliate title Secondaries Investor reported at the time. It is unclear how this fundraising has progressed.

– Chris Witkowsky contributed to this report

– This story was updated to reflect the correct acquisition price of Landmark Partners for $1.08 billion