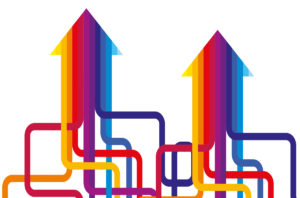 Ares Management has raised €9.47billion for its latest European direct lending fund, exceeding the target of €9 billion and bringing to some €20 billion the amount raised for the strategy in Europe.

The news came in a filing with the Securities and Exchange Commission last week, shortly after Ares reported quarterly and full-year earnings on 11 February. Ares achieved “records in nearly every financial measure, concluding a very strong year despite the challenging economic and market conditions brought on by the global pandemic”, Michael Arougheti, chief executive and president of Ares, said in a news release.

A spokesman for Los Angeles-based Ares declined to comment beyond the filing. But the latest fundraising brings to some €20 billion the manager has raised for its European direct lending strategy, which began with its Ares Capital Europe I fund. That raised $440 million in 2010, according to PDI data.

The strategy was introduced to address what PDI referred to at the time as the continuing economic chaos in Europe following the global financial crisis in 2008. Similarly, the covid-19 pandemic has upended Europe and the rest of the world, and the latest fund, by far the largest, appears to be addressing opportunities arising from the disruption.

The predecessor fund, Ares Capital Europe IV, raised €6.5 billion in 2018 and was significantly oversubscribed. It was the first Ares European vehicle to offer an unlevered sleeve, a structure that enables investors who are unable to invest in leveraged private debt, to participate.

Separately, Ares reported that its full-year growth in assets under management and fee-related earnings both exceeded 30 percent, supported by record gross fundraising of more than $40 billion and deployment of more than $20 billion for 2020. The firm has $197 billion of AUM, with credit, at $145.5 billion, constituting nearly three quarters of the total. Assets under management in the Credit Group rose 32 percent in 2020.

Management and other fees in the Credit Group rose 18 percent in the fourth quarter and the full year, primarily driven by deployment in funds in the US and European direct lending strategies, and an increase in ARCC Part I Fees. Fee-related earnings in the group rose by 21 percent in both the quarter and the year.