Asia is on the rise. That’s been known on the economic front for some time – the World Economic Forum forecasts that next year the continent’s economies will be larger than those of the rest of the world combined. The same has become clear for the private debt world, a sentiment reinforced this week at Private Debt Investor’s first annual Tokyo Forum and second annual Seoul Forum.

Korean LPs have become an important constituency for mid-market lending managers, and their counterparts in Japan appear poised to join them. Japanese investors turned out at our Tokyo event for myriad reasons –  though, for many of them, the principal reason was the ability to meet managers, understand the market and figure out what all the hullabaloo over private credit is about.

There was an overwhelming message from both sets of investors: get to know us and we will appreciate the effort. One LP in Seoul last year implored GPs to open an office there, which some have now done. Another Korean investor and panelist at this year’s event made a similar request, with the moderator joking about how GPs would add to the Korean workforce and take up vacant office space in Seoul.

Yet it will take more than a glossy pitchbook for GPs to win over Japanese and Korean investors. LPs in both countries are not interested in hearing about GPs’ successes. Rather, they want to hear about the failures – what the manager learned from them and how will they avoid similar mistakes in the future.

One Korean investor noted that his firm takes years to get to know GPs before it commits money. It wants to understand whether – and how – a manager can really get proprietary deals when the market has been priced to near perfection.

Getting to know the country is about more than making nice with LPs. Insurers in Korea can be subject to strict regulation. This LP constituency appreciates it when GPs understand what products an insurer can and cannot invest in. Similarly, identifying LPs’ needs is appreciated – an LP with regular cash needs may not be the best investor at which to pitch a product with a strong J-curve.

The pull in this part of the world should be particularly strong for direct lenders. Many investors in the US and Europe have made initial allocations to these managers and frequently re-up. Put another way, there may not be much room left at the inn in the US. This is not the case in Japan and Korea, where many are still in the learning stages of private debt investing.

Focusing on Asia may require the hiring of a new business development head, the purchasing of new office space and a shift of resources. But for private debt managers, it should be pretty clear: no sleep ’til Asia. 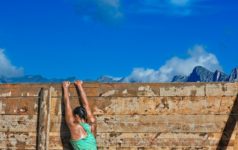 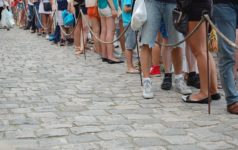 At the back of the secondaries queue