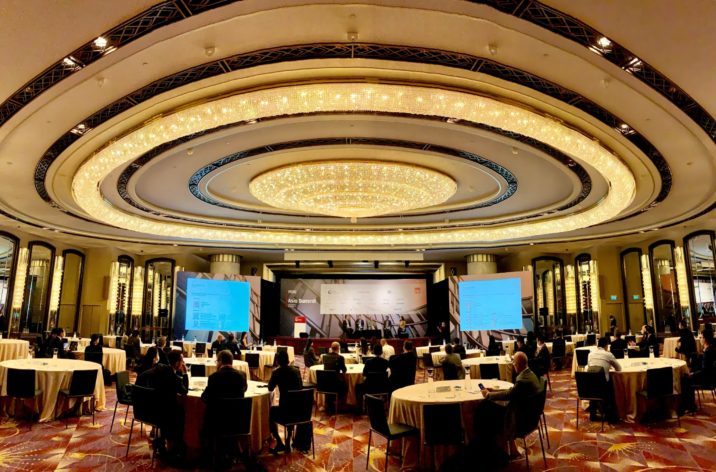 With inflation continuing to rise across much of the world, the increasing cost of investing in real estate abroad is front-and-center in the minds of many Asian investors.

For Doyle Kim, managing director of real estate investment finance at Seoul-based Hana Financial Investment, inflation had not been a major concern in recent years as interest rates continued to decline over the past decade. That changed during the pandemic, with the annual inflation rate in the eurozone reaching 4.1 percent in October 2021, the highest since the global financial crisis, according to Eurostat.

“At this moment, we are really, really worried about inflation, especially for the core assets in the real estate markets, in the global markets,” said Kim, speaking during the ‘Investing in European real estate markets’ panel at the PERE Asia Summit 2021 this week.

“We are worried the major European core prime real estate will be getting more expensive than before, and a lot of Korean capital is quite worried about whether we can profit in the European market from now on, especially from next year.”

Kim added that Korean managers and investors had just resumed travelling abroad in the past half year to do onsite due diligence for overseas real estate investments, after covid-related travel restrictions were lifted in many countries. However, such investors have found that assets have become much more expensive than pre-covid and consequently are looking at how to structure their property investments in Europe going forward to better protect their assets against inflation, he said.

“For Korean institutional investors, the environment is favorable to invest in Europe,” Shim said. “Currently we’re still on a premium for euros, approximately around 1 percent annually.” Such a premium makes it attractive for Korean investors to continue to invest in the region, even though the European investment yields are low compared to the US, he explained.

Meanwhile, Tetsuji Arimori, executive vice-president at Japanese developer Mitsubishi Estate, said as a long-term investor, the firm was not generally very concerned about short-term fluctuations in inflation or GDP growth. “Having said that, within a year or two years from now, if the disruptive situation in Europe would be stagflation, it would be one of the most difficult situations in the near term,” he said. “But if that doesn’t happen, I don’t have that much concern about a big disruption in the eurozone.”

Kazunari Yaguchi, head of the real estate investment department at Japan Post Bank, also did not believe the inflationary trend would pose a major challenge to his firm, given Japan Post’s long-term investment horizon.

“Inflation is now one of the big topics and it may be short-term or it may be long-term,” he said. “Fixed-income people focus on six months, 12 months or 18 months, but for our real estate portfolio, I have no idea how to flip a property within 24 months. That’s why in my investment horizon, I think inflation is still transitory.”

The virtual panel session, held on day one of the conference, was moderated by Henrike Waldburg, head of investment management global at Union Investment Real Estate.