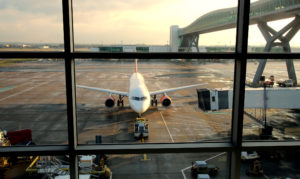 Bain Capital and Titan Aviation Holdings have entered into joint venture to build out an aircraft leasing portfolio, the two firms announced on Thursday.

Boston-based Bain is contributing $360 million of equity to the partnership, while Purchase, New York-based Titan is committing $60 million, with additional commitments possible over time.

The plan is to develop the investments into a $1 billion portfolio, according to the statement. That would take place over the “next few years”, according to Dan Loh, staff vice-president of investor relations at Titan owner Atlas Air Worldwide.

Titan will be identifying and sourcing aircraft for the JV and provide lease management. The aim of the effort is to take advantage of demand for cargo aircraft, which the companies say is supported by strong e-commerce and express market growth.

“Both Bain and Titan share the same vision and investment strategy,” Titan president and chief executive Michael Steen said in statement. “Together, we are extremely well-positioned for further opportunities in the growing freighter space.”

Aircraft leasing has attracted interest from an array of firms. In January, KKR invested $1 billion with Altavair AirFinance and The Carlyle Group acquired Apollo Aviation Group in October 2018. The merged entity, Carlyle Aviation Partners, is currently on the road targeting $850 million for the fifth vintage of its Sciens Aviation Special Opportunities Fund series, which is the first under the Carlyle name.

Titan Aviation has an aviation portfolio of more than $1 billion that focuses on freighter-centric leasing that acquires, sells, dry leases, markets, services and does sale-leasebacks of commercial aircraft and any accompanying equipment. Bain, which manages $105 billion, invests in credit, private equity, real estate and venture capital, among other strategies.