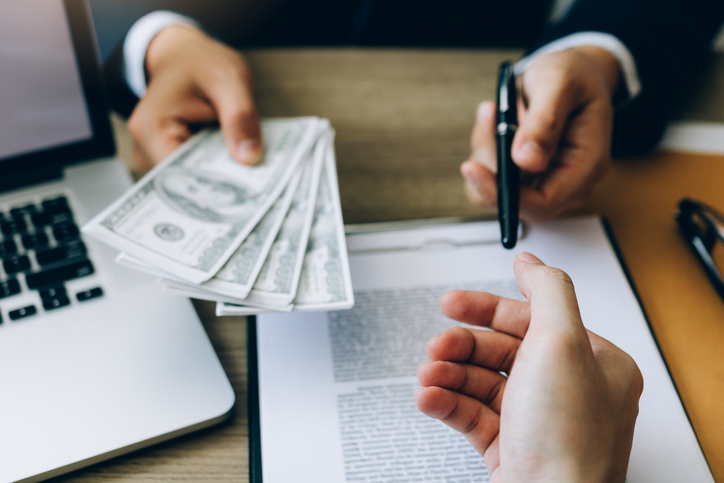 BlackRock Capital Investment Corp, in a bid to reduce exposure to non-core investments and achieve lower volatility in its portfolio, said it has agreed to sell the loan portfolio of its majority-owned Gordon Brothers Finance Company to Callodine Group in return for a partial repayment of $77.7 million on $130.7 million of senior notes BlackRock holds in Gordon Brothers Finance Company, an asset-based lender that is BCIC’s largest portfolio company.

As part of the transaction, BCIC said it funded $25 million in new senior secured notes issued by an affiliate of Callodine Commercial Finance, the successor to Gordon Brothers Finance Company, or GBFC, that constitutes a newly-created subsidiary of asset management company Callodine Group, and will retain a $5 million investment that it made during the third quarter to an affiliate of GBFC through a senior secured bank facility. BCIC, a business development company, said it would retain its equity ownership of GBFC. Callodine will assume the employees and operating costs of GBFC.

In its earnings release, BCIC said its net asset value in the third quarter decreased 12.4 percent, or 60 cents a share, to $4.24 a share from the same period last year. This was primarily driven by realised losses on its non-core investment in AGY, another non-core legacy asset from which it substantially exited, and on the decline of $38 million in the fair market value of its aggregate exposure to GBFC. It said that it netted $62 million in cash from the AGY and GBFC transactions.

Although the impact of the covid-19 pandemic on the underlying performance of the GBFC  portfolio remained “relatively contained” through the crisis, BCIC said in its third-quarter earnings release that covid-related concessions sought by some of GBFC’s borrowers led senior secured lenders of GBFC to deleverage its revolving credit facility. That led GBFC’s credit facility being replaced with higher-priced junior capital, increasing its cost of capital.

James Keenan, chairman and interim chief executive officer of BCIC, said in a statement released by Callodine that BCIC believes the transaction is “a positive next step” in GBFC’s  evolution, and that as a continued investor in the company, BCIC looks forward to “benefiting from the team’s ongoing success”.

Callodine is acquiring some $400 million in assets through the deal, which is being funded in part by new strategic financing from KKR, East Asset Management and Axar Capital Management. Daniel Pietrzak, co-head of private credit at KKR, said the investment builds on its strategy of backing platforms with strong management teams that can provide the company “with scaled exposure to underserved segments of the asset-based finance market”.

Callodine Group, founded in 2018, is a Boston-based holding company of asset managers that target attractively-valued yield opportunities across the capital markets. The GBFC transaction will increase its assets under management to about $700 million.