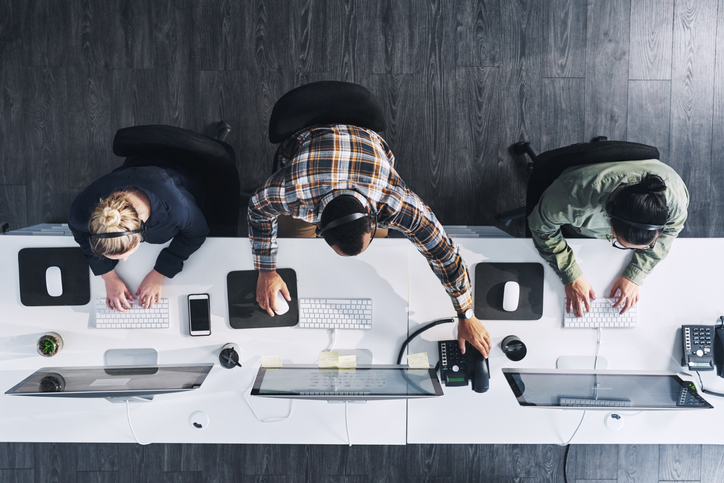 Direct lenders express enthusiasm about lending to business services companies at any point in the cycle. “In the US market, business services is certainly in the top tier of those sectors offering the most attractive opportunities,” says Suhail Shaikh, head of US direct lending at Alcentra in New York. “Businesses often have high cashflow, and revenues that are contractual and sticky – this creates a lot more visibility than for a discretionary consumer or industrial company, where revenue must be earned from scratch every day.”

This high “visibility” means higher leverage. “In business services we see lenders extending leverage well above 6x, because of the visibility of cashflow and the stickiness of revenue,” says Shaikh. By contrast, “for manufacturing and more cyclical businesses, we generally see lenders accepting one or two turns less of leverage”. He says this rule of thumb is Alcentra’s general practice too.

“If you have less business risk, in an efficient market you have higher financial risk. I see pretty aggressive leverage for some deals in business services”

But business services companies also look particularly good in 2019, relative to other potential borrowers. Lenders note that the sector is less exposed to the vagaries of global trade, which tends to rise and fall faster than GDP in the US. This consideration is particularly important in the context of the trade wars Washington has been fighting on several fronts.

“Business services tend to be more domestically focused and a little more insulated, so you see a little less volatility,” says Shaikh. Lenders also see many US-based business services companies as less sensitive to the domestic economic cycle – an important consideration when observers are wondering how much longer the country’s record bout of uninterrupted growth can last.

Timothy Conway, head of private credit at First Eagle Investment Management in New York, is not a doom-monger. He agrees that business services looks less risky than other sectors, such as manufacturing, and he expects it to remain his own firm’s largest focus for direct lending this year. However, he sounds a note of caution. “If you have less business risk, in an efficient market you have higher financial risk,” he says. “I see pretty aggressive leverage for some deals in business services.” First Eagle is a conservative financier, lending on average at about 4.5x EBITDA for business services – a metric Conway says is “a little higher than for some other sectors”.

Within business services, Matthew Linett, managing director and head of underwriting at Churchill Asset Management in New York, likes distribution companies that provide products, such as parts to factories. “These companies are very attractive to us because they generally don’t require a lot of capex or heavy working capital, so they present good free cashflow profiles,” he says.

Agricultural services is also favoured by many lenders and has even spawned its own specialist funds. Jeff Davis, co-head of private credit at Eaton Partners, a placement agent and advisory firm based in Rowayton, Connecticut, says: “As with other business services, the presence of tangible collateral is attractive to an agriculture lender: land, industrial plants and equipment, receivables, and the commodity itself.”

Zia Uddin, partner in private credit at Monroe Capital in Chicago, says his firm likes tech-enabled business services. He argues that because of their role in making companies more productive and efficient, they are resistant to the economic cycle.

He adds that these services are often also less commoditised, and that the companies that provide them are therefore in a stronger competitive position than business services firms that rely more on unskilled labour. He notes that the growing cybersecurity sector is attractive, while physical security – based largely on security guards – is less so.