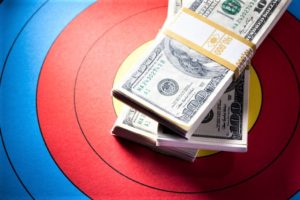 Private equity giant Blackstone reasserted its objective to raise $150 billion in its next round of fundraising despite increasing signs of a market slowdown.

“It is getting harder out there,” president and COO Jonathan Gray said in the firm’s second-quarter 2022 earnings call in reply to a question about fundraising trends. “It’s particularly tough in North American private equity with institutions.”

Fundraising challenges have risen in recent months in tandem with uncertainty and volatility. Dynamics have also changed as GPs, who continue to bring new offerings to market at a fast pace and with bigger tickets, are encountering reduced supply due to overallocated LPs.

As Gray noted, these factors are especially meaningful to private equity. Preqin reported PE fundraising totalling $119 billion in the second quarter, down 50.5 percent from a year earlier.

Blackstone, however, remains undaunted. This owes in part to major capital raising between April and June, with inflows hitting $88.3 billion. This, chairman and CEO Steve Schwarzman said, is the firm’s “second highest quarter ever,” achieved “in the midst of the market chaos.”

One of the highlights of the period was $24.4 billion amassed for the latest flagship real estate offering. Blackstone Real Estate Partners X, launched in Q1 2022 with a target of just over $30 billion, did this in a mere three months.

Since it was announced, Blackstone has been reluctant to name Fund IX’s target. It could be as much as $30 billion, Bloomberg reported. In the earnings call, Gray said only that it should be “at least as large as the prior fund”, closed in 2019 at $26.2 billion.

The $88 billion-plus haul and confidence about reaching the $150 billion fundraising goal is a result of Blackstone being “in a differentiated spot,” Gray said.

This is reflected, he said, in the firm’s track record and a “very broad platform” of strategies, which along with PE and real estate include hedge funds, infrastructure, life sciences, private debt and secondaries. Further, Blackstone engages globally a range of institutional and retail LPs through both draw-down and perpetual pools.

“I think that gives us an ability to do things that others can’t,” Gray said. “We would continue to expect we’ll raise money. It is a more challenging environment, but I think it will hit some others probably in a more adverse way.”

Blackstone’s latest flagship secondaries offering also brought in more capital between April and June. Blackstone Strategic Partners IX totals $14.9 billion, ahead of an original target of $13.5 billion and a little closer to a revised target of about $20 billion.

A key market role is anticipated for the secondaries strategy, including as a source of liquidity to cash-strapped LPs. “The overallocation to private equity that makes fundraising more challenging,” Gray said, “means that those same institutions are now thinking more and more about selling in secondaries.”