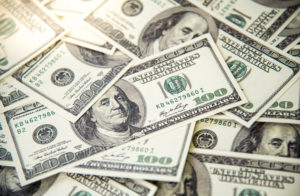 Blackstone Group is negotiating with investors to allow a new $7 billion credit fund to keep investing after the announced departures of two senior executives threatened to cut off the fund’s ability to make new investments, sister publication Buyouts Insider has reported.

Blackstone is offering limited partners in GSO Capital Solutions III a management fee reduction on new and existing investments, and some limits on the proceeds the fund can recycle into new investments, according to three people with knowledge of the situation.

Another potential concession that doesn’t appear to be part of the current proposal would have allowed Fund III investors a one-time option to opt out of new investments, one of the sources said.

The firm made the offer as a way to proactively resolve a key-person issue that loomed as GSO Capital Solutions III moved through its early investment period, the three people said. GSO closed Fund III on $7 billion in 2018.

“The reason why this was problematic was that it occurred midstream,” rather than before or after the fundraising, one of the people said.

The fund has a “double-trigger” key-person structure, one of the people said. In this case, departures must occur within a senior layer of executives, and within a more mid-level managerial tranche, before the provision is actually triggered.

The fund’s issues arose after GSO Co-Founder and Senior Management Director Bennett Goodman decided to retire. Blackstone said in August that Goodman, 62 at the time of the announcement, would retire by year-end. Goodman was the last of GSO’s three founders to step back. Co-Founders Doug Ostrover left in 2015 and went on to co-found Owl Rock Capital Partners, and Tripp Smith departed last year reportedly to start his own firm.

Another executive departure that would help trigger the key-person provision was Jason New, senior managing director and head of special situations investing who is leaving at the end of the year, two of the sources said.

Since these two executives have not yet left the firm, the key person trigger has not yet been tripped, but will be once they officially leave.

Fund III had about $5.4 billion available as of June 30, according to Blackstone’s second-quarter earnings report. It was producing a 1.1x multiple on total investments, the report said. GSO’s Capital Solutions funds invest in stressed and distressed companies in need of liquidity.

Key-executive protections are in place to ensure that the leadership team investors are backing when they commit to a fund stay to the end. This is a vital protection in private equity, where funds operate for 10 years or more.

When a key-person provision is tripped, the fund usually is barred from making new investments until re-approved by LPs. Generally this leads to negotiation between the GP and LPs that can include concessions like fee breaks.

GSO closed Capital Solutions II on $5 billion in 2013, at which time the firm was managed by Scott, Goodman, Smith, Ostrover, Tim White and Michael Whitman, according to an investment memo from the Fresno County Employees’ Retirement Association.

Scott now leads GSO, while Whitman is head of private origination for the group. White left in 2012 and formed Dunes Point Capital.

Fund II was generating a 1.1x multiple on total investments as of June 30, Blackstone’s second-quarter earnings report said. GSO, which Blackstone acquired in 2007, closed its debut Capital Solutions fund on more than $3.25 billion in 2010.

GSO is part of Blackstone’s massive credit operation, which reported assets under management of $139.3 billion in the second quarter, according to the firm’s earnings report.