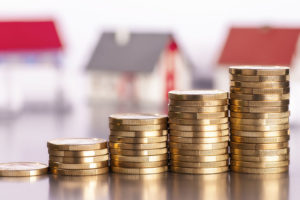 Blue Torch Capital, a firm founded by a former Cerberus Capital Management executive, is nearing its target for its debut direct lending fund.

The New York-based firm’s Blue Torch Capital Credit Opportunities Fund has raised at least $641.21 million of its $750 million target, according to documents filed with the Securities and Exchange Commission.

The fund will be focused on direct lending to US-based mid-market companies in transition, according to documents filed with the Investor Advisor Public Discourse. The documents added that the firm will charge an annual 1 percent management fee and a 15 percent carried interest over a 6 percent hurdle rate for its vehicles.

UBS Securities is the fund’s placement agent, according to SEC filings.

Blue Torch, which could not be reached for comment, will focus primarily on internally generated term loans and will invest in a vast variety of debt opportunities including refinancings, recapitalisations and rescue financing, among others, according to government documents.

The firm will also make investments in the secondaries market and leveraged buyouts and acquisitions. The vehicle will invest across many industries including financial services, insurance and shipping and aviation.