Last year, the European Investment Bank held its first venture debt summit at its Luxembourg headquarters, with fewer than 100 delegates in attendance. But in March 2019 almost double the number of people came, says Hristo Stoykov, head of the bank’s growth capital and innovation finance division. The EIB is an arm of the EU committed to lending almost €2 billion to venture-stage companies, after making its first deal, to German surgical implant specialist Innocoll, in 2015.

As for next year, “we might have to hold the summit outside the bank, as we have reached maximum capacity inside”.

Despite this upsurge in interest, the US remains a much larger market for venture debt than Europe, mainly because of the size of the venture capital industry off which it feeds. But even there, some observers see strong room for growth. “The venture capital industry is in a long mega-trend of using more debt,” says David Spreng, founder, chief executive and chief investment officer of Runway Growth Capital, a venture debt provider headquartered in Woodside, California. “It has become fully accepted that it is good practice to use some debt as you build your capital structure.”

Spreng puts the potential annual size of Runway’s preferred part of the market –the firm favours mid- and late-stage firms, and avoids unicorns – at $12 billion-$20 billion. He arrives at this figure by assuming that total venture equity funding in Runway’s preferred segment will maintain roughly the same pace as in recent years – at about $60 billion – and that the average amount of additional funding through debt will rise from around a 15th of equity at present to between a fifth and a third. Many venture-stage companies are not yet at this point, but he suggests their financial advisors are increasingly thinking in these terms.

Spreng says Runway and its competitors provide about $4 billion of venture debt a year. If demand does rise to this level, the present supply will be nowhere near enough.

Spreng’s assessment that there is plenty of room for growth in the US market is echoed by Chrystalle Anstett, co-head of private credit at Eaton Partners, a placement agent in Rowayton, Connecticut. She thinks there are probably more firms in this area than before. However, she adds: “I don’t think the extra supply from the new entrants is enough, when compared with the size of the addressable market, to erase the strong terms and attractive pricing that we see.”

The loans are usually senior secured and amortising, with a duration of two or three years. Anstett makes a comparison: “The number of active competitors is still under 25 in venture debt. But if you tried to produce a list of great middle-market direct lenders, you’d be hard pressed to get it all on one page: there are more than a hundred.”

Observers suggest returns for venture debt are stable compared with the mid-market, where they have fallen because of all the dry powder available. Spreng suggests a total gross internal rate of return of around 18 percent for his own firm and the market as a whole. For Runway, he breaks this down into a debt return of about 13 percent, including the floating-rate coupon and front-end and back-end fees, plus 5 percent or so for the realised value from warrants.

From this must be taken loss rates, which have averaged 2.4 percent since 2004, according to Runway’s analysis of industry-wide figures, and management fees. This results in net returns of about 12 percent a year for Runway clients. Loss rates rose to 8 percent in 2008-9, says Spreng. Runway does not use leverage to soup up these returns, though other firms do. Lenders prepared to lend to riskier, earlier-stage businesses could target higher returns.

But even for slightly safer investments, lending is no cakewalk. Ares, the direct lender, beat a retreat in 2017 when it sold a book of venture loans to Hercules, a specialist venture debt provider, for $125 million.

Spreng thinks it is hard for mid-market direct lenders to do well in venture debt, in part because the required skills are not the same: “The underwriting is really different from underwriting a profitable company.”

Across the Atlantic, private-sector European fund managers aim for similar gross and net yields to those sought by Runway and its rivals, so in theory the European market should be just as attractive. However, observers on both sides of the Atlantic note particular European challenges.

The toughest of these – at first sight, at least – is that there are fewer venture-stage companies in Europe, and therefore fewer potential venture-debt deals. Total US venture funding, including capital and debt, was $90 billion in 2018, according to EIB calculations. In the EU it was only $21 billion.

Another challenge is fragmentation. Legal regimes differ by country, and it can be hard to originate deals without local business contacts in a specific jurisdiction. Fragmentation increases costs, since local presence and expertise cost money.

But some observers say the size of the European market is not necessarily a problem. There would be the potential to grow the European venture debt market, even if total venture funding stopped growing. For the first time ever, total VC funding surpassed €20 billion last year, according to data company PitchBook. The EIB has said debt accounts for only 5 percent of European funding, compared with 15 percent in the US.

Moreover, a large chunk of this modest proportion comes from the EIB itself, which operates in a different segment from many venture debt providers. The bank mostly issues non-amortising loans of five to seven years to finance ventures the EU regards as important for the economy or society. Many of these projects are pioneering, with attendant technological risks. For example, in October the EIB announced a €60 million loan to Portuguese company Windplus for a demonstration project to install a floating wind farm off the coast. Stoykov says venture debt providers often prefer safer, and less long-term, bets than the EIB favours.

And although the market may be small, so is the number of European lenders. “The risk and return characteristics are very favourable because there are not that many players,” says Ari Jauho, chairman of Certior Capital, the Helsinki-based private credit and equity fund-of-funds manager.

Jauho thinks these characteristics are better than those in the US and he does not see the situation changing rapidly: “It’s quite difficult to establish a new venture debt fund team from scratch, because there are not that many people with the right experience.” In other words, growth in debt funding is likely to come largely from existing fund managers.

There is, however, at least one American with the right experience who is “intrigued” by the opportunities: Spreng, who once set up a VC business for Lloyds in the UK. His firm has never done a deal in continental Europe, but “we would be interested in making loans in Europe, and are looking at some right now”. Watch this space. 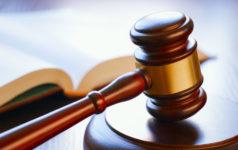 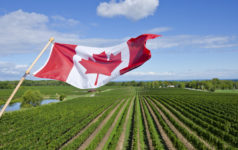 How venture debt is making a difference in South-East Asia