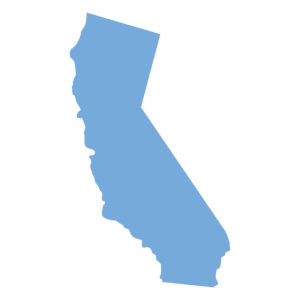 California Public Employees’ Retirement System is considering an overhaul of its private equity programme after drawing lessons from a “lost decade” – in which it underinvested in the asset class – that the country’s largest pension system believes cost it billions in returns.

The $439 billion system may raise commitment limits placed on investment staff, enhance flexibility for staff to participate in secondaries markets and co-investment opportunities, and allow for partnerships with new institutional investors.

CalPERS staff may also change its sub-allocation private equity mix and indicated it may look to make purchases of secondaries.

The proposed changes were presented at the CalPERS’ investment committee meeting September 19. Affiliate title Buyouts watched a webcast of the meeting.

“We have more room to do more with private equity since we were late to the game,” said CalPERS chief investment officer Nicole Musicco.

The proposed policy changes will go back to the investment committee in November before final approval.

According to Musicco, the years between 2009 and 2018 were a “lost decade” where the system averaged $2.7 billion in annual commitments to private equity – a low amount that cost the system between an estimated $11 billion and $18 billion in returns.

Since 2018, CalPERS has averaged $12.3 billion in annual private equity commitments, according to the investment staff’s presentation. The system has allocated $17 billion to private equity to date in 2022.

According to the presentation, CalPERS must make at least $15 billion in annual private equity commitments to reach its 13 percent target.

“Our real opportunity is to now take all of those lessons we learned and the great partnerships we have been building on the last few years. We’re one of the few plans on the grow and can show up in a thoughtful way with large equity checks to get some needle-moving opportunities in the market done,” Musicco said.

Musicco was hired to head investments at the nation’s most influential pension system in February. Many viewed her hiring as a sign that CalPERS would go “all-in” on private equity.

The new policy would increase the commitment limits that the CIO, deputy CIO and management investment director can make without committee approval.

For general private equity manager commitments, the CIO would have authority to place commitments up to $3 billion, the DCIO up to $2 billion and the management investment director up to $1.25 billion under the new policy.

The proposed policy would also eliminate limits on the amount of commitments investment staff can make without investment committee approval per fiscal year. Currently, limits are placed at $10 billion for private equity managers, $3 billion for co-investments, $5 billion for CIAs and $3 billion for secondaries purchases.

The new plan would also change the mix of strategies within the private equity basket.

The new policy would allow CalPERS to participate in co-investments with institutional investors it does not partner with.

CalPERS staff emphasised throughout the presentation its bullishness in future co-investment opportunities, along with the lower fees associated with co-investments.

“Right now, if a Canadian pension plan calls and asks us to get into a programme with them, they aren’t a GP. Practically speaking, that means we don’t have the opportunity to make this investment,” said CalPERS investment director Amy Deming.

The proposal would call for changes to how CalPERS invests in secondaries. The CIO could make up to $6 billion in secondaries sales, the deputy CIO up to $4 billion and the management investment director up to $2 billion without investment committee approval.

This year, the system sold around $6 billion of its private equity portfolio to buyers including Lexington Partners and Glendower Capital.

The proposed policy would reconfigure secondaries purchases, allowing the CIO to commit up to $3 billion in secondaries, the deputy CIO up to $2 billion and the management investment director up to $1 billion.

Musicco said CalPERS could take advantage of buying secondaries due to institutional investors becoming overallocated to the asset class in the market volatility. When this happens, institutions can sell down their holdings to rebalance their allocations.

“We’ve received a number of calls from other institutional investors who have well-exceeded their allocations to their private market programmes. When we get those calls, we need to be more agile,” Deming said.