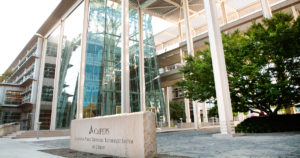 The nation’s largest public pension system, CalPERS, will have to put its in-house ambitions to become a private lender on hold this year after a bill meant to ensure confidentiality around borrower information died in a state senate committee hearing.

The system wants to set up an internal private lending programme that would allow it to save costs on paying external managers. But to be a direct lender, CalPERS needs certain information exempt from state open-records rules.

The plan is stalled until the exemptions make it through the legislature, but this is the second time a bill governing secrecy on private lending terms failed to make it out of a legislative committee hearing. The committee did approve a motion to reconsider the bill, which means it could get another hearing as early as January, according to a CalPERS spokesperson.

The bill spurred concerns, including from the 24,000 member Retired Public Employees Association, about a lack of transparency, with the RPEA labelling it a “secret lending” bill.

CalPERS believes it already has the in-house talent to engage in direct lending to private companies, “enabling it to put the money it would have spent on fees in investments”, according to a state senate judiciary committee analysis of the bill.

The bill would keep confidential information like borrower due-diligence materials, loan agreements and financial statements of the borrowers or its constituent owners, the analysis said. Information that would remain public included the identity of the borrower, loan amount and how much has been repaid under each loan.

RPEA, the main opponent of the bill, ramped up its opposition after it discovered what it said were the system’s plans to include subscription lines of credit to private equity funds as part of the strategy, something it hadn’t publicly disclosed.

These are loans made to private equity funds that replace, for a period of time, capital sourced from the fund’s investors. They are meant to provide a cushion from the time a fund makes an investment, to the time it needs to collect from its investors to pay for the investment. This capital call deadline can be tight and require fund LPs to deliver big cheques in short periods of time. Capital call loans, which are low-yielding and secured by the commitments in a fund, are meant to smooth out that process.

This type of lending has exploded in popularity in private equity over the past few years. A CalPERS spokesperson said the system had not yet decided if subscription lines of credit would be part of the strategy mix for the programme.

“A strategy that had been presented to us as high-return loans to distressed borrowers is actually intended to steer low-interest loans to billionaires who already collect hundred of millions in fees that are projected to exceed CalPERS’ entire operating budget in the next fiscal year,” Soares, chairman of the RPEA’s ad hoc committee re Expert CalPERS Issues, said in testimony before the senate committee.

Danny Brown, CalPERS chief of legislative affairs division, said during an offsite meeting this week after the bid failed in committee that the RPEA demanded disclosure of the entire loan agreement, which was unacceptable. “If we did, the programme could not be implemented internally and would have made the programme uncompetitive,” Brown said.

Some CalPERS board members complained during the offsite meeting that the system is being forced to pay more to external managers by not building the in-house programme.

“I can guarantee you the rank-and-file members of that organisation (RPEA) have no idea what their leadership just did, to them and to the members of their system. So shame on them, [RPEA], shame on you,” said CalPERS board member Rob Feckner.

By using external managers for private lending exposure, the system will be paying an estimated $150 million in fees over the next five year, according to CalPERS spokesperson Brad Pacheco in an email.

“Our average pension is around $38,000 a year. If we’re paying an average of $30 million in each of the next five years, that’s a lot of money that we should be using for the retirement security of California’s public employees instead of lining Wall Street’s pockets.”