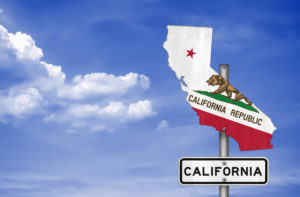 The partnership also represents further progress on the $262.5 billion pension’s plan to apply its “collaborative model” approach to the covid crisis.

The strategic partnership comes with a “customised mandate”, according to a Monday press release. Capital will be “distributed across the Owl Rock platform”, including new vehicles focused on diversified lending and opportunistic credit.

The diversified lending vehicle is targeting $5 billion for a fund and business development company, or BDC, as sister publication Buyouts reported. The opportunistic fund is targeting $2 billion, as Buyouts reported, and includes a minority investment from Dyal Capital Partners, itself a part of Neuberger Berman. Dyal owns 20 percent of the firm overall.

Owl Rock also allows some LPs to take stakes in the firm, usually in one of the BDCs. Among the LPs that have stakes in Owl Rock’s vehicles are New Jersey Division of Investment and Rhode Island State Treasury. It was not clear whether CalSTRS was taking a stake in the firm. CalSTRS and Owl Rock both declined to comment.

Other LPs have negotiated different fee structures with the firm. New Jersey was charged a 1 percent management fee for its investment in the diversified lending fund, with a 10 percent carry charged on its GP stake until 2025, about when the BDC plans to become publicly listed, at which point the carry will switch to the fund interest.

Rhode Island was charged only a 0.5 percent management fee until the BDC is publicly listed, and as high as 1.5 percent after that, with a 17.5 percent carry.

The hurdle is 6 percent for both LPs. Oregon State Treasury also invested in the fund, but its terms are not clear.

CalSTRS’ collaborative model is an effort to bring more investment activity in-house. In private equity, that mainly involves co-investments, as Buyouts has reported.

CalSTRS signaled that it is interested in co-investments during the covid crisis. Earlier this year, CIO Christopher Ailman told Buyouts that CalSTRS was poised to take advantages of opportunities provided by the crisis, but would seek to do so through the collaborative model.

“We will be less interested in traditional partnership structures and more interested in collaborative structures,” Ailman wrote Buyouts in April via email. The pension is also working on hiring more staff to execute the strategy, as Buyouts has reported.

Owl Rock was founded in 2016 by Doug Ostrover, one of the founders of GSO, which was later acquired by Blackstone; Marc Lipschultz, formerly of KKR; and Goldman Sachs veteran Craig Packer.