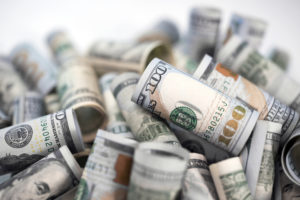 Cerberus Capital Management has raised $5.1 billion for its global nonperforming loan strategy, a total spread across a commingled fund and separately managed accounts, the firm said in a statement Thursday.

The New York-based lender raised $4.1 billion for its Cerberus Global NPL Fund, surpassing its $3.5 billion target, and rounded up an additional $1 billion in SMAs. The vehicle will target a gross internal rate of return in the high-teens to low-20s, according to meeting documents from the North Dakota State Investment Board, which committed $120 million to the vehicle.

In addition to the SIB, the San Francisco Employees’ Retirement System committed $50 million.

Cerberus has become the largest investor in European NPLs, having invested $15 billion since 2013, the company said in a statement. Two deals announced this month include the purchase of a €2.6 billion shipping loan portfolio from Nord/LB and a €1 billion loan portfolio from Allied Irish Bank (AIB). Cerberus also bought €1.1 billion of NPLs from AIB in May of 2018.

“We are uniquely positioned to benefit from the strong NPL opportunities around the world and we look forward to continuing to be a trusted, strategic partner to financial institutions,” Cerberus global head of real estate Lee Millstein said in a statement.

The fund has a four-year investment period that began upon its initial close in June 2018 and a three-year harvest period with an optional one-year extension. The vehicle charges a management fee of 1.5 percent on committed capital during the investment period and 1.5 percent on the cost of investments in the liquidation phase. Cerberus is charging a 20 percent carry over an 8 percent hurdle.

A November progress report from the European Commission found reductions in NPLs in almost all member countries, but the total volume of NPLs in the EU still stands at €820 billion. The report found activity on the secondary market to be increasing in some countries, but that it was “not yet sufficient to substantially contribute to NPL reduction efforts on a structural basis”.

“That being said, the development of the secondary market is encouraging, as it has sustained continued momentum in several Member States, with banks selling large portfolios,” the report read. “Interest from investors is rising and the volume of NPL-related transactions is increasing.”

A report by law firm Ashurst found China to be the biggest NPL market outside of Europe. The report, which surveyed investors on the strategy, found 57 percent of respondents had invested in NPLs in China over the past two years. Some 27 percent had deployed capital into Indian NPLs, while 20 percent had each invested in bad loans in Thailand, Brazil and the Middle East.