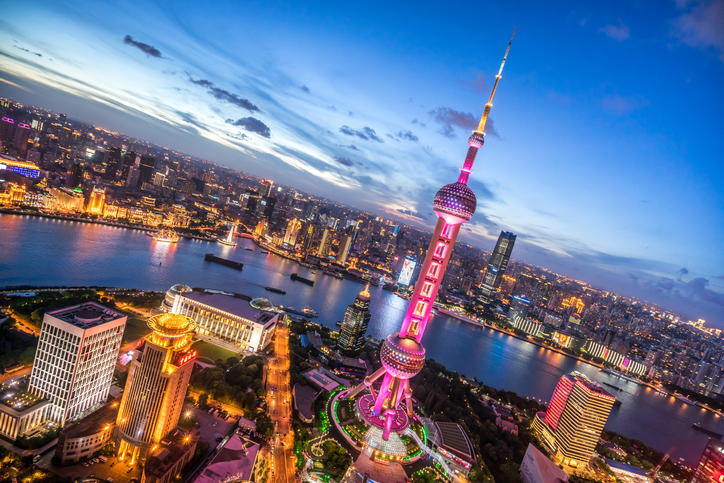 Given the size of China’s economy, it is astonishing just how much of the country’s private debt market remains a mystery to Western investors.

Nevertheless, market participants say government policies are providing plenty of interest for fund managers in a range of sectors, especially in the mid-market, with companies starved of credit offering huge potential to private debt investors.

Although it is difficult to assess the current or potential size of mid-market lending in China, Simon Leung, a partner in Baker McKenzie’s banking and finance practice in Hong Kong, believes there are definite opportunities. “While we are unable to give an accurate number on the market scale, mid-market lending has no doubt become increasingly active in China in recent years,” he says. “The widening gap between the huge financing needs of Chinese corporate borrowers and the relatively limited availability of financing offered by financial institutions is creating significant opportunities for private lenders.”

Michael Wang, managing partner and president at Abax Global Capital, a Hong Kong-based direct lending shop that lends both on- and offshore in China, explains: “There is a structural lack of lending from the Chinese banks because they are state-owned, they don’t like lending to the private sector and they especially don’t like the mid-market because they don’t know how to price the risk.”

According to Moody’s Investors Service, the total size of non-bank lending in China – referred to as the ‘shadow banking sector’ – was 59 trillion yuan ($9 trillion; €7.6 trillion) at the end of 2020. This represented a fall of around 15 percent from its 2017 peak, following government deleveraging efforts. Shadow banking encompasses a wide variety of lenders, from microfinance firms targeting SMEs to highly leveraged trust companies.

One of the reasons the potential for private lending is hard to quantify is that lack of credit supply is the most pressing constraint. “Much of this funding shortfall is taken up by private equity, which makes it hard to assess the size of that mid-market lending pie,”
says Wang.

Yet the size of China’s mid-market can be gathered from the quantity of mergers and acquisitions transacted. Accounting firm BDO reports that China was the second most active location for mid-market M&A deals globally in Q4 2020, with a total of $1.75 trillion in transactions – 17 percent of the global total and as much as the rest of Asia-Pacific combined.

For most private lenders, dollar-denominated offshore lending is the preferred avenue, and this generally means catering to the larger end of the mid-market. However, Wang says: “A huge breakthrough for private credit in China is the government allowing firms to borrow offshore using onshore collateral, which was not possible when we started out.”

Samuel He, associate at law firm FenXun Partners, an affiliate of Baker McKenzie, says: “In recent years, onshore private lending by unlicensed non-financial lenders – including onshore corporates and private funds – has been strictly regulated by Chinese financial regulators. In contrast, the regulatory environment is relatively friendly for offshore lenders offering crossborder loans to China onshore corporate borrowers. While a lending licence from Chinese regulators is not required if the offshore lenders carry out the lending business on a crossborder basis, deal-related marketing activities in China should be avoided at all times.”

Enforcement of loans is naturally more straightforward for offshore lending, while for those lending onshore, it is useful to have legal firepower to hand. “We have three in-house lawyers out of a team of 20 and two of those are very senior guys,” says Wang. “That legal knowledge and protection is very important. The structures, particularly for offshore lending, are fairly complicated. You need to understand collateral, you need to understand offshore and onshore legal differences, different enforcement procedures. You need to know when and how to sue and how to take over collateral.”

An alternative to the conventional ways of gaining exposure to Chinese private credit may be to provide indirect or disguised lending to the onshore borrowers. An investor might provide equity or debt investment to onshore licensed non-bank financial institutions, such as micro-finance, asset management, financial leasing or factoring companies. 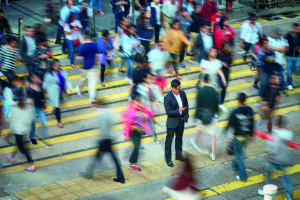 ‘China is such a different market’

Firms in the sector agree that staff who are fluent in the language and who have knowledge of the culture are required.

The rapid growth in China’s economy means the mid-market is exceptionally entrepreneurial, when compared with other markets. “China is such a different market because there are so many new entrepreneurs there, so much new money,” says Dan Simmons, partner at OCP Asia. “In South-East Asia, as an example, you might have been dealing with the same families for decades, whereas in China, you may be dealing with new entrepreneurs whose wealth and businesses have grown very rapidly. Dealing with them and their requirements is very different.”

China’s rapid economic growth – averaging nearly 7 percent over the past decade, notwithstanding last year’s slump – means a host of mid-market companies are in need of growth capital. BDO’s data suggest the larger mid-market companies tend to be in the technology sector, while there is a greater preponderance of industrial and chemicals firms than is the case in developed markets.

The developing nature of China’s private debt market means lenders tend to originate their own transactions, which requires boots on the ground and knowledge of local business networks. Most lenders are targeting companies in growth industries, such as technology or sustainability or sectors targeting the country’s growing middle class. “The sweet spot for us is companies with $500 million-$1 billion market cap, perhaps not listed companies, but those which are close to an IPO and with $15 million-$20 million EBITDA,” says Wang. He adds that Abax does not deal with state-owned enterprises: “They don’t need us because they can go to the banks.”

The returns available from mid-market lending in China are in the high teens, managers say, though much higher levels are achievable depending on the type of lending. ADM Capital reported a successful exit from a secured lending investment to a Beijing-based IT group, producing a 20 percent IRR that included a 300bps upfront fee.

A small number of private debt investment managers – including Abax, PAG, ADM Capital and CLSA Capital Partners – are involved in private lending in China, most often through an Asia-focused vehicle, though some have raised yuan-denominated funds for onshore lending. However, international involvement is likely to grow as investors and managers become more comfortable with private debt in China and across Asia-Pacific. Last year BlackRock hired its first head of China credit when it recruited Celia Yan from ADM.

“Looking ahead, the geopolitical situation is more stable and China’s economy is set to do really well,” says Wang. “So, we see more people looking at how they can participate in China’s recovery. Private debt will be a part of that.