One of the founders of CIFC Asset Management is back with a new collateralised loan obligation management firm that has the backing of private equity heavyweight Thomas H. Lee.

Peter Gleysteen has launched AGL Credit Management, and he will serve as the chief executive and chief investment officer.

Lee, whose family office has committed capital to the new credit shop, will be its non-executive chairman. In addition, the Abu Dhabi Investment Authority and a large US pension plan committed an aggregate $650 million to seed the firm’s launch.

Gleysteen is aiming to offer investors a stable return product and fill what he perceives as a void in the fixed income market. The firm will offer collateralised loan obligations as well as a stable-return vehicle, he said. Bank loan investments will go into both product sets, the latter will just be less levered than the former.

“What institutional investors globally want first are safe investments, and second to have a stable return,” he told Private Debt Investor. “The sweet spot for that stable return with almost every major investor is high single digits, say 8-10 percent.”

“Given how well CLOs have done and that they’ve become a relatively mainstream asset class, you can get that return in CLO mezzanine debt and CLO equity, though it isn’t scalable,” he continued, adding that such investments are more “bite-size” than an area where large amounts of capital can be reliably deployed.

AGL’s launch comes at a time when many firms are beefing up their CLO offerings. Gleysteen’s old firm, CIFC, launched a UCITS fund as its initial European product, which would have 70 percent of its assets in US CLOs and 30 percent in European CLOs.

LibreMax Intermediate Holdings and THL Credit upped their assets through buying out other shops. For its part, LibreMax bought the CLO arm of KCAP Financial in November, while THL purchased Kramer Van Kirk Credit Strategies. 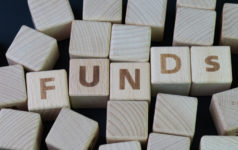