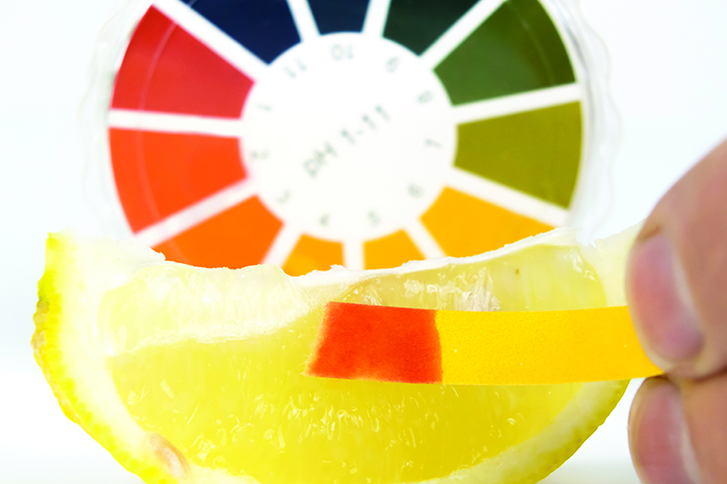 According to a recent Preqin survey, 40 percent of LPs believe direct lending presents the best opportunity within private debt, alongside special situations and distressed debt strategies. And Private Debt Investor’s own LP Perspectives 2020 survey found that 29 percent of respondents intended to deploy more capital into direct lending in the next 12 months.

After years of bank retrenchment from riskier lending, this boom in LP interest has led to more asset managers exploring the asset class.

As Daniel Zwirn, chief executive officer and chief investment officer at US advisory firm Arena Investors, explains, the past decade has seen purchase price multiples, leverage multiples and duration all expand, while covenants have loosened. “There has been incredible diminution in quality along with the explosion in size [of the market], which, arguably, could be expected,” he says.

In a recent report on private markets, consultancy group McKinsey highlighted a “rebound in covenant-lite loans”, which had exacerbated LP concerns about the performance of direct lending strategies in a future recession. “As we saw in the global financial crisis, lack of covenants can limit lenders’ ability to manage risk and minimise loss in times of market stress,” the report stated.

Zwirn also describes a desire among end investors for yield and scale, leading to a tendency towards homogeneity and simplicity. “That has meant there’s a huge concentration in relatively understandable sponsor-driven, mid-market lending, and relatively straightforward commercial real estate lending,” he says. “That homogeneity and ability to gain size has meant that the risk-reward on an unlevered basis is lower.”

“Many investors remain under their allocation targets for private debt, which will continue to drive momentum and capital deployment”

Competition for assets is heating up: 43 percent of investors surveyed by Preqin cited this as the biggest challenge this year, second only to valuations (48 percent of investors). Trevor Castledine, a senior director at UK-based investment consultant bfinance, says this is manifesting at the top end of direct lending. Successful managers have gone from raising $500 million funds to $10 billion, which has changed the size of loans and the types of companies in portfolios.

“The problem with that is that there is then both much less competition, but also much more competition,” Castledine explains. Managers operating in the lower mid-market are competing for investors, he says, but not necessarily competing for assets – putting managers in a stronger position when it comes to negotiating loan terms.

In contrast, larger managers raising larger funds compete for both investors and assets, Castledine says, alongside banks and, in some cases, high-yield bond market players. “We have observed pricing going down [and] probably some more flexibility in terms of covenants. Does that necessarily mean the world’s going to hell in a handbasket? No, but it probably does mean that you’re not getting quite the same risk-reward as a few years ago. But that would be true in long bond markets or equities too.”

The situation is far more nuanced than top-level data imply, according to allocators and advisors. The breadth and depth of the direct lending market mean it still offers a wide range of opportunities.

“There is more competition, and somewhat deteriorating terms and pressure on pricing, that is all true,” says Abhik Das, head of private debt at Golding. “But does that mean that the value proposition is destroyed? I think that’s a harsh statement. The alternatives for investors in private debt are usually other liquid fixed-income alternatives or semi-liquid fixed-income alternatives, and those are yielding next to nothing. So, for an investor in this asset class there is absolutely a value proposition.”

Das acknowledges some areas of direct lending – companies in the EBITDA range of $20 million-$50 million, for example – are becoming crowded, but emphasises there are “many different segments”.

Raelan Lambert, global alternatives leader at global consultancy firm Mercer, argues the perception of private debt as “overheated” reflects similar concerns about other nascent private markets. She adds: “Investors will continue to allocate to private debt strategies, and many remain under their allocation targets, which will continue to drive momentum and capital deployment.”

Lambert also argues the evolution and maturity of direct lending have strengthened the investment case rather than weakened it. “The case is stronger today than it was a few years ago, given there are more managers and opportunities to choose from, as well as a more robust track record to assess,” she says. “LPs can therefore be more selective without being compelled to invest with lesser-quality managers which may be in the market at any point in time.”

The market turmoil emanating from covid-19 and the oil price dispute between Saudi Arabia and Russia could provide a much-needed test for the market. As per the old investing adage: when the tide goes out, you see who has been swimming naked.

But, as bfinance’s Castledine notes, some allocators have been reluctant to back sectors like direct lending precisely because the majority of managers have yet to experience a downturn. He argues that a period of market stress could be “the proof of the pudding” that private market advocates have been waiting for. “If you make a commitment today to a private credit fund, you’re giving the manager the ability to deploy that money into a really stressed market where they can get great value,” he says.

Zwirn is more wary of the potential fallout from a recession, however. He notes the growth of private debt has encouraged LPs into capital structures that may not offer the protections they were expecting, particularly with companies that might not be able to ride out a recession: “You can be on the proverbial wrong end of the trade, because [your position is] relatively undifferentiated throughout the structure but you’ve been willing to take a much lower return.

“The losses can be dramatic. Ultimately, the original sin was not really thinking hard about the degree to which you were taking a differentiated risk-reward relative to the guy subordinate to you. There’s a whole flock of chickens that are coming to roost.”

Golding’s Das emphasises that LPs “need to be even more selective in terms of which managers we back and which managers we don’t back”. “Let’s say there’s a wider market downturn from the current nervousness around coronavirus, a six- or nine-month downturn – or, even worse, we run into a global recession,” he says.

“There won’t be just one problem in the portfolio, there will be several. Is the team large enough? Does an institution have processes, systems and the people in place to deal with multiple problems in a portfolio? I think it will be a good test case to see whether the business models and the institutional quality of the various private debt funds out there hold up in such an environment.”

Given the substantial headwinds, manager selection, due diligence and ongoing monitoring are vital to any direct lending strategy. The Ontario Municipal Employees Retirement System has increased its exposure to private credit to more than 16 percent of it portfolio in the past five years.

Kal Patel, senior managing director in global credit at OMERS, says: “Direct lending allows us to take in much higher levels of income in exchange for giving up contractual liquidity. OMERS is successfully navigating the private lending space through a combination of partnering with best-in-class managers, a highly diversified portfolio and having the confidence to consistently invest through market cycles.”

So what steps should allocators take to share this confidence?

First, documentation. This should be the “number one” focus for LPs, according to Das. Ensuring covenants are strong and preventing leakage is important to protect against the “idiosyncratic” issues that can emerge with mid-market companies.

Second, LPs should ensure they, or their appointed managers, are familiar with the jurisdictions in which they are operating. Zwirn highlights differences across Europe that can pose issues to lenders, such as the requirement in Germany to involve workers’ councils in corporate decisions and Italy’s often lengthy bankruptcy processes.

Third, LPs must ensure they have regular contact with managers and can be confident in the information they get. Portfolio transparency also helps LPs understand when new capital calls might come and how any issues with underlying loans are being handled.

Finally, some managers have raised more and more capital over recent years, so LPs must ensure managers’ resources have grown in line with this. Do managers have the capacity and expertise to step in when assets become distressed or loans cannot be repaid?

LPs should not be afraid to push back against managers, either, says Castledine. While they may not be able to take back capital already committed, LPs can express their views and, where appropriate, inform managers they will not provide any further investment.

Ultimately, the success of any private debt strategy in a downturn will be due to managing distressed investments. “Some of the biggest private equity players [in the future] may be today’s biggest private debt players,” Zwirn says. “They’re going to own an unbelievably large number of businesses eventually. Are they ready for that?”

How to deploy capital in direct lending

LPs would be best advised to stagger their deployments over several years, according to investment consultants, to ensure they are not too concentrated and can ride out short-term market cycles.

At the outset, investors must identify what they want their allocation to direct lending to achieve, says Mercer’s Raelan Lambert. This will help assess risk tolerance, yield and liquidity requirements, and appropriate allocation size.

She says: “Generally, we recommend LPs build exposure over time – three to five years – with an emphasis on core direct lending strategies (senior secured direct lending on a sponsorless, sponsor-backed or asset-backed basis across various segments of the market – large cap, mid-market and lower mid-market) and pursue opportunistic credit strategies to balance their overall exposure and amplify return targets, which generally are around 7.5 percent on an overall private debt portfolio basis.”

For bfinance’s Trevor Castledine, the key is differentiation. “You have to be in a position to originate differentiated opportunities, so that you’re not in so much competition with others,” he says. This puts more power in the lender’s hands regarding setting terms and conditions and price.

“The better and more differentiated that origination capability is on the ground, especially if you’re an international fund or a European fund, the better the investment opportunities,” Castledine adds. “Local capability, local connections, all of that is going to be vital because the deals that come through will enable you to carry on deploying sensibly.”