The growing demand for distressed debt

Finding deals in the US

“If you want peace, prepare for war,” goes the Latin military adage. It could well apply to preserving wealth during a recession by planning ahead when the economic environment is benign. This is where distressed debt can have its appeal. It is a strategy that arguably benefits most from downturns, while providing investors with a haven when market conditions falter.

Data from eFront supports this. Distressed debt funds performed extremely well in vintage years 2001 and 2008. Other vintages years performed well too, in fact, none of the years considered exhibited negative performance. As well as mitigating risk in a downturn, the strategy also did well in positive economic conditions.

What explains the relatively high amount of unrealised investments in older funds? Possibly the fact distressed debt funds routinely recycle distributions to deploy more capital. Their paid-in to committed capital is above 1x in 2004, 2005, 2006, but also 2009, 2010 and 2011. During these vintage years, funds probably could sell some assets rather early, and therefore reinvest the proceeds during the investment period, as limited partnership agreements often allow them to do. This could explain why the time-to-liquidity looks overall long, as the relative weight of early distributions is counterbalanced by investments made later in the life of the funds.

But where is best to invest? Distressed debt investing requires an efficient and quick bankruptcy processes. Proceedings must be predictable and decisions enforceable. This strategy also assumes that creditors are willing and able to sell their claims at a discount and that their ranking is only determined by the seniority of their credits. Many jurisdictions do not provide such a context. Some, like France, provide a specific status to public claims – they are “super-privileged” and non-negotiable. The consequence is that distressed debt investing is not evenly distributed worldwide, and largely an American phenomenon.

However, many jurisdictions have undertaken changes in their bankruptcy procedures to facilitate the intervention of distressed debt investors. Legislators have notably concluded that fundamentally viable companies should benefit from the support of specialised investors. Distressed debt investing helps to preserve employment and economic activity, for example. Some jurisdictions such as Italy and France have started to adapt their bankruptcy code to provide a more favourable environment for this type of investment.

North America also exhibits the most attractive pooled average past performance. The aggregated total value to paid-in is 1.52x, which compares favourably with the 1.25x from Europe and 1.36x from the rest of the world. However, two factors must be considered.

First, the underlying currency of these performance figures is the US dollar. When converted to euros, the pooled average TVPI of North American distressed debt funds is 1.55x, 1.40x for funds from the rest of the world and 1.35x for the European ones.

The average time to liquidity for older vintage years, 2010 and before, ranges from 3.8 to 5.9 years. Vintage years 2001, 2008 and 2009, the recession years, exhibit a faster time-to-liquidity of four years or less. It seems therefore that not only are returns higher – at least for vintage years 2001 and 2008 – but companies can be restructured and sold more rapidly.

It is clear from our analysis that distressed debt investing should be a staple of a private equity portfolio. It offers attractive returns and performs particularly well in challenging environments. Private equity investors cannot reasonably expect to time the market and only invest in distressed debt prior to recessions, but including these funds even when macroeconomic conditions are benign ends up being rewarding. Investing in distressed debt makes sense, whatever the economic weather. 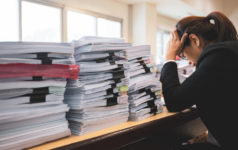