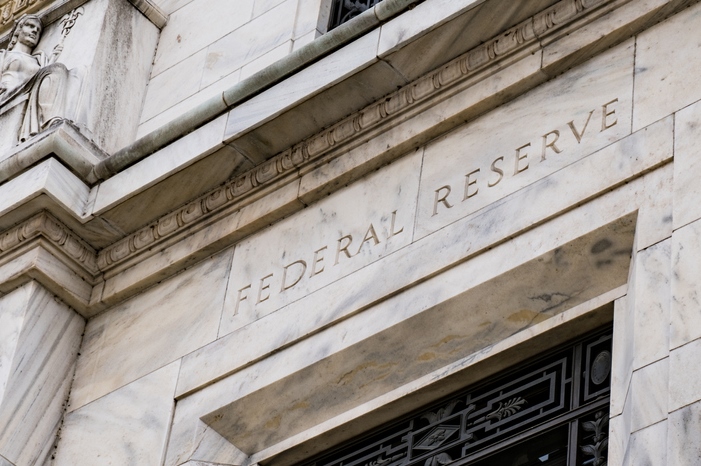 The US government has gone to extraordinary lengths to ensure that small and mid-market businesses, which power much of the nation’s economy and create roughly two-thirds of its new jobs, avoid falling victim to the financial calamity precipitated by the pandemic and the official response to it.

Through the $659 billion Paycheck Protection Program and the $600 billion Main Street Lending Program, the US Treasury and the Federal Reserve have tried to throw a lifeline to companies whose businesses were upended by the virtual shutdown of the economy.

The Fed moved swiftly to prop up the public debt markets, going so far as to directly purchase junk bonds and exchange-traded funds. Yet even as it did so, some of its efforts to reach small and medium-sized businesses, many of which are privately held and financed or owned by alternative investors, have fallen short.

A report in late August by the Congressional Oversight Commission, which is overseeing the responses to the pandemic by the Treasury and the Fed, found that just $496.8 million of loans – or less than 1 percent of the money earmarked by the Main Street Lending Program – had been disbursed to struggling businesses. Only 160 of the 522 lenders in the programme have publicised that they are accepting loan applications from new customers.

The commission acknowledged that eligibility rules are complex and exclude some businesses that want to participate. It recommended that the Fed and Treasury consider lowering the $250,000 minimum loan size, and that they adjust fees to encourage more lending to small businesses. It also outlined changes suggested by witnesses at an early August hearing, including extending the loan terms from five years to seven and expanding the programme to include experienced non-bank lenders, such as business development companies or other private lenders. But it is doubtful that any changes will be adopted soon.

By generally avoiding the high-yield and leveraged loan sector, the Fed and Treasury “are picking winners and losers,” says Art Penn, founder and managing partner of PennantPark Investment Advisers, a mid-market credit platform with two BDCs and a variety of private vehicles.

“It’s insanity,” says Tom Bohn, chief executive of the Association for Corporate Growth, a trade group for mid-market M&A dealmakers and business leaders, who testified at the August hearing. “Frustration among middle-market companies is running rampant. We had high hopes initially that the Main Street Lending Program would be the safety net that would be able to support those businesses that couldn’t access the PPP.” However, he believes the programme’s stringent eligibility requirements demonstrate that regulators have “very little understanding of how these businesses are run”.

Although Bohn thinks regulators are well intentioned, he believes the Main Street programme is effectively “punishing a group” because “certain factions have issues with private equity”. Moreover, “there seems to be no impetus to get anything done before the elections”.

The Fed declined to comment and the Treasury did not respond to a request for comment. But a delay of even a few more months is one that few of these businesses can afford. During H1, the number of Chapter 11 business bankruptcies rose by 26 percent to 3,604, compared with the first half of 2019. According to a June paper for the National Bureau of Economic Research by Robert W Fairlie, an economics professor at the University of California at Santa Cruz, the number of active business owners in the US plummeted by 3.3 million, or 22 percent, in February and March, the largest loss on record.

Nearly all industries were affected, Fairlie wrote, with African American-owned businesses suffering a 41 percent drop, the steepest of any group. A survey in late March by the Small Business Investor Alliance found that more than 66 percent of small businesses lacked adequate reserves or access to funds to remain operating beyond late May. The group did not follow up the survey.

During the oversight commission hearing in August, Bharat Ramamurti , a commissioner, cited a different survey of mid-market executives that showed their companies had experienced the largest decline in employment in the survey’s history during the second quarter, as well as the largest-ever plunge in revenue. Ramamurti also referenced the US Chamber of Commerce’s Middle Market Business Index, which showed there had been “massive layoffs and furloughs and widespread revenue declines”.

These are no small matters for the US economy, given that the Association for Corporate Growth estimates that 5 million of the existing 45 million mid-market jobs are at risk. It notes that the mid-market produced more than half of the 51.8 million new jobs created between 2011 and 2017. Many of these businesses were excluded from the Paycheck Protection Program because of affiliation rules that limit the number of portfolio companies managed by private equity firms that can access it. Although it was imperfect, the programme was “a brilliant lifesaving rope for a lot of businesses”, says Brett Palmer, president of the SBIA.

Eric Rosengren, president of the Boston Fed, which is administering the programme, testified at the hearing that there had been a “significant pick-up recently in the portal” and attributed the low participation level to the programme still being in its early stages. He noted that banks and borrowers were just becoming familiar with the programme and had been negotiating terms. Rosengren said that as of 6 August, there were $635 million of loans in the portal.

That is still a fraction of the available funds. As the oversight panel pointed out in its report, although Congress approved the Main Street Lending Program at the end of March, the Fed did not launch it until mid-June, following a series of revisions. Some speculate that the central bank took its time because it wanted to avoid the confusion created by the speedy rollout of the Paycheck Protection Program, which had to be revised several times after it became effective.

Yet some market participants said there were other problems with the Main Street programme. Banks are “having to do something brand new, and are required to jump through a whole lot of hoops,” says Rob Powell, a partner at loan broker Cardinal Capital. “It is painful to work through the language on the Fed’s website,” he adds, noting that Cardinal had to approach 25 banks for a customer that wanted a Main Street loan before it succeeded in getting one from a bank in Louisiana. Powell says that even such a simple thing as creating a standardised application would help streamline the programme.

The Main Street programme “is unattractive for borrowers and lenders,” says Kristopher Ring, a partner in the private equity and debt finance practice of law firm Goodwin. In addition to its slow implementation, the programme excludes growth companies because of certain EBITDA requirements, and freezes out many portfolio companies of private equity sponsors because of affiliation rules. It is also unavailable to BDCs and other non-bank lenders.

For BDCs, there has been “minimal regulatory relief but no real capital relief,” says Ted Koenig, president and chief executive of Monroe Capital, a direct lender and BDC manager. The SEC did relax some rules on BDC borrowing and security issuance, and temporarily allowed BDCs to calculate asset coverage based on the fair value of an asset as of 31 December 2019, before the economy shut down. It also made it easier for BDCs and their affiliated private funds to make follow-on investments in their portfolio companies.