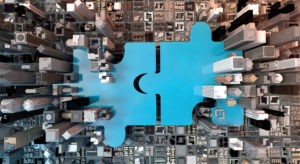 In the latest consolidation move in the industry, First Eagle Investment Management is boosting its private credit portfolio with the purchase of THL Credit, the two firms announced late Sunday night.

New York-based First Eagle, which will boost its credit assets under management to $23 billion following the transaction’s completion, has agreed to purchase $40 million worth of newly-issued stock of THL Credit’s BDC. No other financial details were disclosed. The BDC’s share price (ticker TCRD) was flat at $6.82 as of 12:20pm Monday.

This is First Eagle’s second acquisition of a private credit manager. In 2017, the firm launched its direct lending product with the purchase of NewStar Financial. At the same time, NewStar sold a $2.4 billion mid-market loan book to GSO Capital Partners. NewStar adopted its parent company’s name at the end of last year.

First Eagle compensated NewStar shareholders with a $11.44-a-share upfront cash payment and rights to a portion of a what was anticipated to be a $1.00-a-share distribution from certain tax refunds.

Refinitiv mid-market loan analyst Fran Beyers sees the marriage as a positive for both firms.

“The direct lending space has grown significantly over the last few years making the environment completely overheated,” she continued. “Scale is king in this market and the theme of consolidation will continue into 2020 as less efficient players go away and bigger players continue to dominate.”

There have been several other mergers of credit managers in 2019. Earlier this year, Crescent Capital BDC purchased Alcentra Capital Corporation after it faced a proxy contest from The Stilwell Group, a family office and private investment firm. Stilwell held a stake in THL Credit, which was worth $3.81 million at the end of the third quarter, though there was no indication any pressure from Stilwell precipitated the transaction.

“We see a persistent need in the market for meaningful and sustainable sources of income,” said Mehdi Mahmud, First Eagle’s president and chief executive.

THL Credit’s BDC has been focused on repositioning beginning the second quarter of 2018. The firm worked to reduce its outsized positions, which were above their target concentration of having one name be no more than 2.5 percent of the portfolio. In the third quarter, the firm sold off Copperweld, which was a control equity position and more than 7 percent of THL’s portfolio, according to a transcript of the third-quarter earnings call.

Since March 2018, the firm’s non-accrual names peaked at 12.45 percent at cost and 5.86 percent at fair value as of 31 March, according to LPC BDC Collateral. That figure has dropped significantly to 3.24 percent and 1.96 percent, respectively, as of 30 September.

The firm has struggled with a downward-sloping net asset value per share. In the 24 quarters since the fourth quarter of 2013 that the BDC has been operating, only three times has that figure increased for the firm, BDC Collateral showed. NAV per share stood at $8.34 a share as of 30 September.