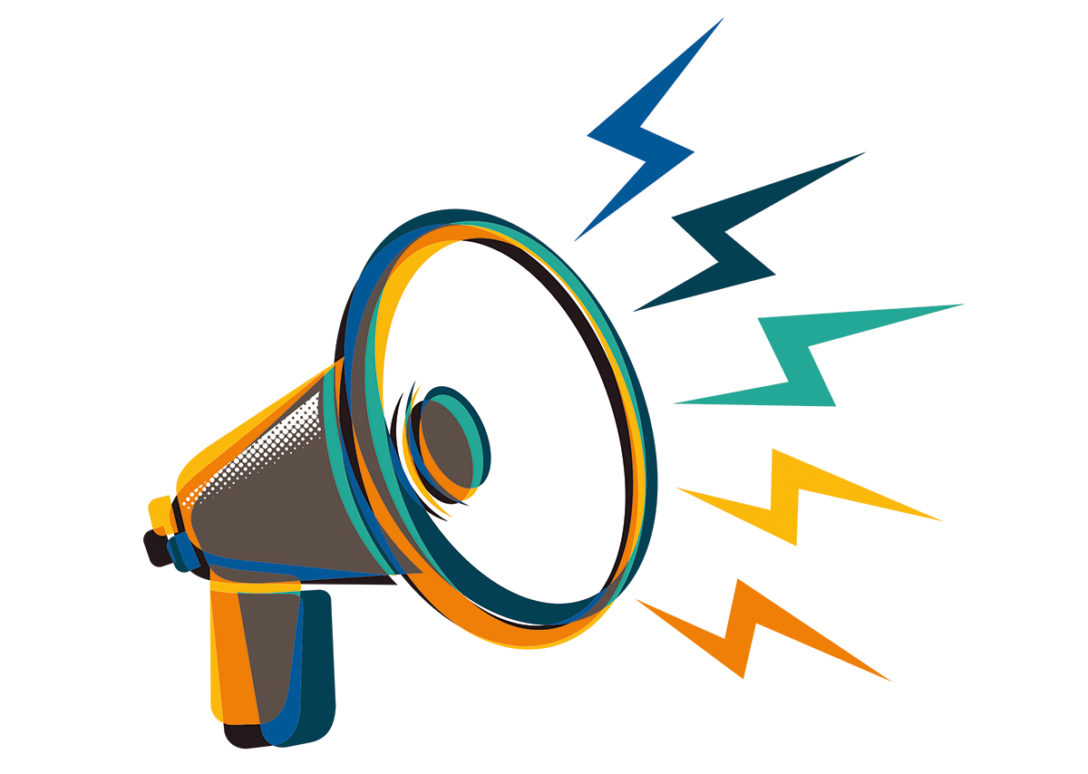 The private debt secondaries market has been growing slowly but surely. Maybe all it needed was a bit of stardust sprinkled on it to really catch the attention. In which case, investors will no doubt have had their heads turned by the launch in April of a new credit secondaries unit at Apollo Global Management, co-headed by former Goldman Sachs partner Earl Hunt.

As reported by our colleagues on Secondaries Investor, Apollo is still looking for the other co-head and says it will hire further team members in the months ahead. In a market with relatively few players at the current time, the likes of Pantheon and Tikehau Capital among them, the symbolic significance of a firm with a $330 billion credit business joining the fray cannot be overlooked.

For a long time, the private debt secondaries market has been described as ‘nascent’, overshadowed by the more mature and much larger equivalent market in private equity. But, as our extensive coverage of the market indicates, it has been passing some significant milestones. LP stake sales, the bedrock of secondaries, have been happening with increasing frequency.

On top of this, GP-led transactions have been gathering momentum and it is this that market participants cite as especially notable in terms of taking private debt secondaries to the next level.

Up to now, investors appear to have been reticent about the space. In our LP Perspectives 2021 study, only 12 percent of LPs said they expected to make a commitment to debt secondaries in the year to September, while 48 percent were prepared to put money into private equity secondaries over the same period. It’s worth noting in this context that Apollo’s $1 billion of initial capital for its new unit comes from the firm’s insurance clients with a third-party fund slated for some point in the future.

Ultimately, though, investors can’t fail to take note of a market that appears to be characterised at present by strong dealflow and not particularly intense competition. And if it needed a big headline to give it a bit of a boost, then Apollo has just provided it.

2 Sovereign wealth could be a game-changer

Sovereign wealth funds “have started to develop a big appetite for private debt globally”, according to Sikander Ahmed of Kuwait-based fund manager NBK Capital Partners, quoted in our May cover story.

Major players in other asset classes such as real estate and infrastructure, SWFs have been slow to join the private debt party. But with interest rates at record lows and with institutional investors of all stripes hunting for yield – considered alongside the volatility in public equities and fears of a private equity bubble – it is no surprise that observers have noted SWFs forming partnerships with existing private debt GPs through the likes of co-investments and stake purchases.

Last year felt like a sea change in the involvement of SWFs in private debt with numerous striking initiatives launched. Among them were two direct lending partnerships established by Abu Dhabi’s Mubadala – one worth $12 billion with Apollo Global Management and the other a $3.5 billion tie-up with Barings.

Thus far, such arrangements remain a rarity. According to estimates cited in the cover story, only 10 sovereign wealth funds currently have “meaningful” exposure to private credit. However, there is evidence of increasing participation, with SWF allocations rising from 2 percent of their portfolios in 2015 to 3.2 percent by January of this year.

With such deep pockets, it is vital that SWFs invest in areas with sufficient scale. Despite a fundraising slowdown over the past year or two, we have charted the impressive rise of private debt since the global financial crisis. Moreover, it’s far from the end of the growth story – the direct lending market alone is tipped to double in size to $1.5 trillion over the next few years.

What market sources tell us to expect is SWFs looking to transition from partners to leaders as the years go by – relying less on backing funds and more on doing deals directly as they build in-house investment teams. This, after all, is the approach they have taken with other asset classes such as
real estate and infrastructure as they look to save money on fees and carried interest.

In time, some of the fund managers SWFs have been partnering with as they learn the ropes may become direct competition. The signs are growing that SWFs are beginning to change the game.

3 Why managers are feeling the heat on climate change

When we canvassed the opinions of limited partners about how seriously private debt fund managers take climate change, the responses were not exactly a ringing endorsement. Just 4 percent told our LP Perspectives study that they strongly agreed fund managers were on top of the issue, with most opinion split on whether managers were sufficiently committed or not.

One thing is clear – if managers are not yet taking the issue seriously, they need to remedy that as soon as possible. In the immediate aftermath of the global pandemic, there was some suggestion that perhaps climate change issues might slip down the agenda since there were even more pressing issues to deal with. In fact, across all alternative asset classes, the opposite has happened with investors putting the issue higher on their priority lists.

Private debt, it could be argued, has up to now occupied the back seat when it comes to climate change and ESG. The expectation in sponsored deals has been that private equity firms can take a more proactive, hands-on approach to portfolio companies and are therefore the more natural catalysts of change. However, there is now a greater appreciation that lenders can take the steering wheel themselves – for example, through loans that have margin-related incentives for hitting ESG targets.

One of the things we are often told at Private Debt Investor is that the asset class lacks a uniform approach on ESG, with different funds catering to a wide range of investor types, all with varying demands and expectations. This sounds a little bit like a smokescreen and may effectively be little more than an excuse for managers not to get their act together and provide full-blown reporting and disclosure. There are moves afoot to remove the excuse, with the European Leveraged Finance Association, for example, striving to produce guidelines that everyone should feel able to sign up to.

In an Investing for Change report in February from consultants Mercer, the argument is made that if you already have a robust ESG framework, it allows you to bring experience and solutions to diversity, equity and inclusion issues. As Mercer points out, DE&I is not just about fundamental issues of fairness – though it certainly includes that – but also performance. The report references a 2019 study from the National Association of Investment Companies which showed that, from 1994 to 2018, diverse funds produced out-performance based on several different measurements.

We are hearing a lot of positive sentiment from investors about private debt’s prospects, given how resilient it has so far proved to be through such a challenging period. But it is also apparent the asset class has some catching up to do when it comes to some of today’s most pressing issues. There can be no room for complacency.

4 The world is different, but not the deal documents

Before the coronavirus, the widely held narrative was that when a crisis hit, leveraged loan deals would collapse under the weight of their own folly. If this narrative had been followed, it would have enabled lenders in that segment of the market to exert considerably more bargaining power when negotiating new deals.

The exclusion of covenants would equate to a failure to take remedial action fast enough. Giving borrowers the freedom to pile up leverage would be viewed as unsustainable, as trading conditions took a turn for the worse. The mistakes would be acknowledged, borrowers would be granted less flexibility in future and everyone would move on.

Instead, the rather anti-climactic conclusion is that nothing much has changed. Around a year on from the emergence of a world-changing health crisis, the debt markets are in decent shape, deals are continuing to be done and documentation is not radically different. The backdrop, which we all know well by now, is the unprecedented level of government and central bank assistance to economies, which have enabled companies to kick their troubles down the road.

There have been some signs of pushback from lenders at the margins. The much-maligned EBITDAC – allowing borrowers to add profits they would have made had it not been for covid – appears to have failed to gain traction. However, this is more a sign of just how extreme that proposed clause was, rather than indicating a meaningful recalibration of the borrower/lender relationship.

A more fundamental change may have to wait for the delayed but perhaps inevitable downturn that will follow the withdrawal of support schemes. Some market observers are pencilling in late 2021 or early 2022 for an acceleration of defaults and restructuring. Perhaps that will be the time of reckoning for borrowers. Until then, the weight of debt finance still available for deployment will continue to place them in an advantaged position.

5 Fundraising is down but far from out

The fact that private debt fundraising took something of a tumble in 2020 should not come as a huge surprise. When the initial covid-19 outbreak swept many parts of the globe in March and April, investors hastily switched their attention from new allocations to existing exposures. Even those keen to continue writing cheques found themselves wading through treacle thanks to the difficulties of conducting meaningful due diligence while working remotely.

his does not mean, however, that fund managers wanting to shore up their coffers should be despondent about the period ahead. For one thing, government and corporate bond yields remain at historic lows. Many investors, if they have not done so already, will be looking to reduce these exposures and redirect capital into higher yielding opportunities. That can only be to private debt’s benefit.

Meanwhile, investors may also be looking to exit equity markets but for very different reasons. Prices on these markets have been incredibly bullish, despite the uncertain outlook for corporate profitability post-covid. As a result, it seems likely that there will be movement towards rebalancing (and de-risking) portfolios as investors seek more reliable cash generating assets. Again, private debt looks well placed.

On top of this, many market observers are predicting that 2021 will be a strong vintage for private debt deals. The imbalance between private equity fundraising (strong) and that of private debt (declining) over the past couple of years has created a strong bargaining position for lenders as sources of available debt financing diminish. These lenders can also look forward to plenty of refinancing opportunities arising from the lending boom of four to five years ago.

A further consideration is that whatever inadvisable deals may have been done prior to the initial covid outbreak, the months ahead are not associated with that legacy. There are signs of better documentation allowing lenders more comfort regarding deal terms than they have had for a while. Managers can now be more selective in targeting transactions offering the best risk/reward characteristics.

None of this is to suggest that private debt is in line for a rapid turnaround in its fundraising fortunes. With new variants of the virus causing renewed concern, optimism around vaccination programmes is having to be tempered. The ‘return to normal’ may take a while longer than hoped, but it’s clear that private debt managers have room for optimism, nonetheless.