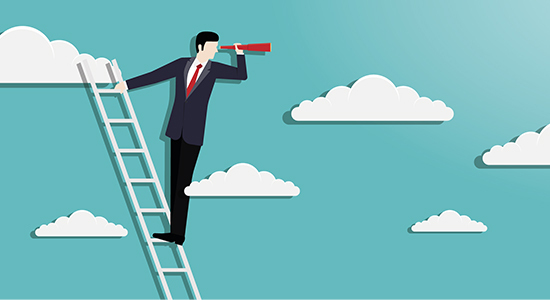 With private debt dealflow seeing a resurgence, some may have hoped that fundraising would demonstrate a similar revival. But only senior debt funds are seeing a surge of commitments.

Any hopes of a quick rebound for the private debt fundraising market in 2021 appear to have been dashed by the first-quarter fundraising figures from Private Debt Investor. With only just over $39 billion raised globally in the first three months of the year, capital allocations to the asset class were at their lowest first-quarter level since 2016.

But while this figure was sobering enough, even more striking was the revelation that just 34 funds had registered a closing in Q1. If this trend continues through the rest of the year, it would provide further evidence that investors are focusing their efforts on a small group of elite GPs and, in the process, arguably risking having sufficient diversification. In the peak fundraising year of 2017, slightly less than 400 fund closes were recorded. By last year this had dropped to 228 and – if the first quarter is anything to go by – it appears likely that the total will fall substantially further in 2021.

In terms of strategic focus, it is clear that investors have gravitated in a big way to the perceived safety of senior debt. Just two years ago, senior debt accounted for 30 percent of capital allocations to the asset class, behind the 33 percent figure for subordinated and mezzanine debt.

But in the first quarter of this year, as LPs adopted a risk-off attitude, nearly half (49 percent) of capital went into senior debt, with subordinated and mezzanine debt collecting just 15 percent of the total.

There are also signs that investors are beginning to allocate capital in anticipation of a distressed debt opportunity that appears to have been headed off so far by the vast amounts of liquidity that have been pumped into the system. Distressed debt accounted for 19 percent of the capital raised in 2020, but during the first quarter of this year that figure climbed to 29 percent.

In the first quarter, North America was the world’s private debt capital magnet, with $20.6 billion raised. This reversed a trend seen over the past year or two in which Europe had appeared to be of increasing interest to investors. For the time being, appetite for Europe appears to have dried up, with just $5.5 billion allocated to fund managers in the region in the opening three months of 2021.

The dominance of US fund managers in the fundraising market is clearly shown in the data, where they accounted for the seven largest closes in Q1. Topping the bill was Goldman Sachs, which closed its Broad Street Loan Partners IV fund on $7.1 billion, while a Cerberus direct lending fund occupied second place with $4.4 billion raised. The biggest European fundraising effort in the period came from UK-based Chorus Capital, with $1.3 billion for its latest capital relief fund.

PDI data show how capital is now piling into certain senior debt funds. Caution must be exercised here in that the sample size is fairly small. However, it is still striking that the first quarter saw the average size of a senior debt fund rise to almost $2 billion, compared with an average of around $700 million for the period 2017 to 2020. Although a larger sample size would be likely to lead to a less pronounced trend, it is in keeping with two clear themes: the popularity of senior debt strategies and the tendency for capital to migrate to a small number of trusted managers.

Fundraising became a somewhat longer slog last year as funds spent an average of 18 months on the road prior to announcing a close, compared with 14-16 months during the period 2016-19. This continued in Q1, with the timeframe remaining at 18 months. Of course, ‘on the road’ is not a particularly apt description these days, since we are now in the era of remote due diligence where the video call has replaced the in-person meeting. This means that investors are likely to take longer to gain sufficient comfort in a proposition to make a commitment.