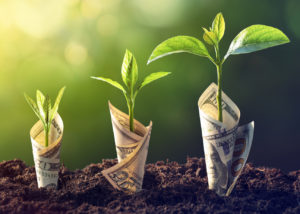 The slowdown in fundraising that occurred in the first half of the year hasn’t seemed to dampen the enthusiasm of some managers who are raising their first private debt funds.

Indeed, debut funds represented approximately 50 percent of the 375 private credit GPs who have approached Briarcliffe Credit Partners since the New York-based placement agent that is exclusively dedicated to private credit was founded in February 2021.

That’s according to Jess Larsen, Briarcliffe’s founder and chief executive officer, and Bobby Molina, Briarcliffe’s head of origination. Private Debt Investor spoke with them on the sidelines of PDI’s 2022 New York Forum on 21 September. Many of the new funds, similar to the industry as a whole, are seeking less than $500 million, Molina says.

“There are a historically high number of funds in the market,” says Larsen. Nearly 900 private credit funds overall are seeking to raise more than $300 billion, says Ryan Tirre, Briarcliffe’s marketing director. The placement agent has selected just eight of the 375 funds who have approached it since inception. “It is easier to get into Harvard Business School than it is for managers to work with Briarcliffe”, says Larsen, who led the GP Think Tank breakfast at the PDI conference and was a panelist on “The case for specialty finance: Navigating exposure”.

However, it now takes nearly three years to complete a fundraise as of year-end 2021, compared to just 18 months through the end of 2020, Molina notes. Fundraising has been competitive, regardless of market conditions, and “there will be something to do in all of private credit, not just direct lending”, he adds. The plethora of fund options in the market combined with reups from LPs, is extending the fundraising cycle and creating a need for help in raising capital from Briarcliffe and others.

“There is a lot of competition for capital and LPs are increasingly sophisticated about private debt,” says Larsen, who is writing a book on the history of private debt. Investors are more focused on specialist strategies and lending where they are achieving better term sheets and better protections, Molina says.

Consequently, investor allocations to private debt are increasing, given that direct lending offers uncorrelated strategies to the public markets, Larsen says. Given that investors have expectations of 11-13 percent returns from the asset class, “this market is only going to accelerate the growth of private credit”, observes Larsen. The asset class has surely come a long way since it was founded in 1545, says Larsen, by none other than King Henry VIII.