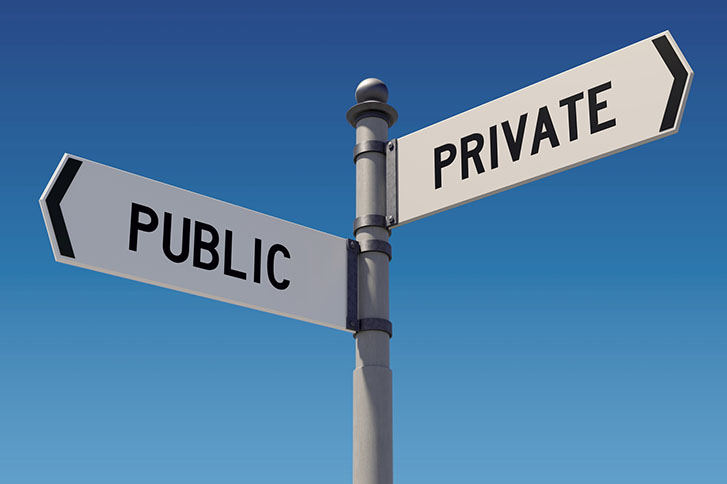 In 2018, there were 170 public-to-private deals globally, worth $227 billion, according to Bain & Company. Those levels had not been seen since the years immediately before the global financial crisis and the signs are that they will continue.

Public-to-private transactions are being driven by record amounts of dry powder among private equity firms (estimated by Preqin to be $1.54 trillion in June), by rising multiples for private companies and by weak sterling, which has made UK public companies targets for dollar-denominated funds. Blackstone’s take-private of Merlin Entertainments and TDR Capital’s acquisition of car auctioneer BCA Marketplace are just two examples.

Yet for private debt funds, public-to-private transactions are often uncharted territory. It was historically banks that led the financing for such processes, which are quite different from private company buyouts – something private debt funds need to be aware of before becoming involved.

Regulated in the UK by the Takeover Code, acquisitions of public companies are subject to statutory rules governing the structure and process of the transaction. These are enforced by the Panel on Takeovers and Mergers.

The most common public-to-private process is the recommended bid. The board of the target company views the offer made by a bidder – and, in particular, the offer price – as attractive and recommends shareholders accept it. The acceptance process then runs to a set timetable.

The other route is via a scheme of arrangement. Following discussions with a prospective purchaser, the company’s shareholders instigate the public-to-private process and vote on the proposal during a court-convened meeting. If approved by 75 percent of shareholders by value (and a majority by number) from each shareholder class, the proposal is binding.
Hostile bids present a third route, though few lenders would support them given the uncertainty over the outcome.

Differences in procedure for lenders

A big issue for lenders is the extent of due diligence available in public companies. This tends to be limited to publicly available information, which is less current than would be the case for a private company. As a result, lenders are likely to seek higher pricing for their finance.

Although it is possible to conduct more detailed due diligence, this can entail some risk. If share prices move during the due diligence process, the buyer must announce an intention to make an offer. It then has 28 days to ‘put up or shut up’.

Rules governing secrecy pre-announcement apply to all parties. Firstly, the financial advisor and bidder must consult the mergers panel before approaching lenders. Once approached, lenders must treat all information as strictly confidential, and this need for secrecy must be communicated clearly to anyone with access to information.

During the period before the bidder is disclosed as being interested in making an offer, no more than six parties – including target shareholders, equity funders and lenders – may have access to information.

The requirements for certain funds, especially private debt funds, make public-to-private deals significantly different to private ones. A bid can only be announced once the prospective buyer can provide assurances that it can fulfill the full offer amount in cash – assuming a cash bid – and that it has every reason to believe it will be able to implement the offer.

The financing documents therefore need to include specific provisions to provide certain funds. This is also now common practice in private transactions. However, in public-to-private transactions, the financial advisor is likely to subject private debt funds to much more detailed scrutiny over the sources of their capital than they may be accustomed to.

The advisor may seek information on fund investors, fund drawdown history, limited partnership agreements, requirements for drawdown notices and headroom levels. They may also seek opinions on the enforceability of funding obligations and comfort letters from the fund manager.

There will be a certain funds period in the credit agreement, usually running from signing to the latest date by which acceptances might be received or a squeeze-out of minority shareholders might be implemented. During this period, a lender may only deny funding under certain limited circumstances, all of which apply to the bidder and not the target. This does not include material adverse effect, which would require lenders to close the deal and subsequently accelerate.

The fact that public-to-private transactions entail unique processes means that facilities agreements contain undertakings over and above those in a private acquisition. These might include undertakings to comply with the code, keep lenders informed of any developments and not to increase the offer price or amend the offer document.

An important undertaking for lenders is likely to be that the bidder does not act in a way that could trigger a mandatory offer. When the bidder and those acting with it gain an interest in 30 percent or more of the target’s shares a binding offer has to be made to all shareholders at the highest share price over the previous 12 months. The bidder only has to acquire a majority shareholding rather than the 100 percent that lenders will expect.

Lenders are also likely to require that an offer cannot be declared unconditional as to acceptances at a level below 90 percent of the shareholding. This is because once 90 percent acceptances have been achieved, the bidder can re-register the target as a private company; this would enable the bidder to ‘squeeze-out’ or purchase remaining shareholders to gain full ownership. This would ensure that lenders can take share security over the target as a going concern.

Private debt funds should be aware that the terms of their finance will not remain confidential in a public-to-private transaction. Offer documents must describe the debt-financing arrangements in detail, including the amount of debt, repayment terms, interest rates, security, key covenants and lender names, all of which will be publicly available.

Financial assistance rules mean the target must be re-registered as a private company before it can grant guarantees or security for its acquisition debt. As a result, it is customary for lenders to take two English debentures – one from the bidder’s special-purpose vehicle stack before the deal closes and one from the target group after it has re-registered.