New York-based GSBD, a business development company advised by the eponymous investment bank, would see its total investments and commitments boosted to $3.25 billion, up from $1.52 billion as of 30 September. The firm’s portfolio will have a larger senior secured loan exposure, increasing from 92.5 percent to 95.7 percent.

Chief operating officer Jon Yoder said on a conference call to analysts and investors: “As your capital base scales up, you can do one of two things: you can continue to invest in the same type of company you’ve invested in before from a size perspective, or you can choose to deploy your larger capital base into larger companies. We don’t have any plans to go [down] the latter route.”

The firm has also put a potential incentive fee cap in place for five quarters. It will cede any such payments if the net investment income per share falls below $0.48, thus ensuring that the firm has an NII per stock unit of at least that figure. There will also be a $0.15-a-share special dividend, which is payable in three increments of $0.05-per-share distributions.

In addition, there is a share lock-up period, with shareholders able to transfer their stock in increments of one-third at the 90-, 180- and 270-day post-closing marks.

“The incremental stockholder-friendly measures we have implemented in this transaction structure demonstrate GSAM’s continued commitment to stockholders and our focus on taking great care of the capital entrusted to us,” Yoder said in the statement announcing the transaction.

The transaction comes shortly after Golub Capital BDC (GBDC) executed a similar deal, in which the publicly traded BDC purchased the private Golub Capital Investment Corporation. The transaction, announced in November 2018, won shareholder approval and closed in September. It helped boost GBDC’s total assets from $2.04 billion as of 30 June to $4.39 billion as of 30 September. 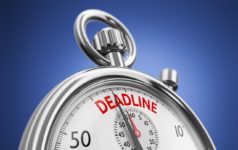