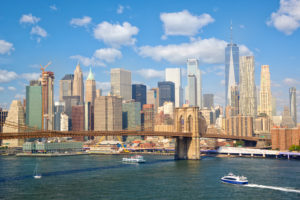 Goldman Sachs Asset Management is raising yet another private business development company and has rounded up $882.12 million for the vehicle, according to Securities and Exchange Commission regulatory filings, as such structures continue to gain favour among managers.

The New York-based investment bank had a first close on Goldman Sachs Private Middle Market Credit II (PMMC II) in March, raising $242.49 million before filing its registration statement with the federal regulatory agency in May. The firm has raised at least two other private BDCs: PMMC I, which raised $1.1 billion, and Goldman Sachs Middle Market Lending Corporation, which raised $1.04 billion.

PMMC II has a three-year investment period beginning from the vehicle’s final closing date that is subject to a one-year extension, according to the firm’s second-quarter earnings statement. It carries a management fee of 1.5 percent and an incentive fee of 15 percent over a 7 percent hurdle rate.

“As the managers of the vehicle, we are [structurally] agnostic,” BDC chief executive Brendan McGovern said regarding the BDC structure. “We have a platform that has very powerful loan origination [capabilities]. What we try to do with these is have a variety of choices for other investors.” The vehicle will be private for life, he added.

The GlobalTranz and CorePower positions are each the result of leveraged buyouts, according to LPC BDC Collateral. PMMC II participated in the $550 million financing package backing Providence Equity Partners’ purchase of GlobalTranz, while the CorePower position came as part of a $240 million loan deal backing the yoga studio operator’s acquisition by TSG Consumer Partners.

Private BDCs have grown steadily in recent quarters, according to BDC Collateral data. In the first quarter of 2017, private BDCs’ total assets stood at $23.42 billion. As of the end of this year’s first quarter, that figure was $30.68 billion.