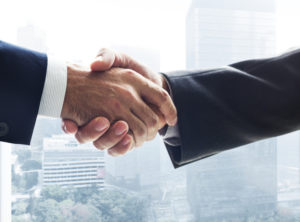 Some 37.15 million shares cast votes, with 35.71 million, or 96 percent, voting in favour of the transaction, according to a Securities and Exchange Commission regulatory filing. There were 898,384 shares that voted against the merger, while 550,689 abstained.

The combination would be a boost to GBDC for multiple reasons, its chief executive David Golub said on the firm’s second-quarter earnings call. Among those are the transaction being accretive to the vehicle’s net asset value per share, improving share-trading liquidity and having better access to the securitisation markets, among others reasons.

“We believe the merger with GCIC is a win-win-win – good for GBDC stockholders, good for GCIC stockholders and good for GBDC,” Golub said in a statement. “We look forward to delivering the powerful advantages of the combined company to our current and future stockholders.”

GBDC, managed by Golub Capital, reported second calendar-quarter earnings last month, posting a net investment income of $0.32 a share, covering its third calendar-quarter dividend of the same amount. It made $157.05 million of investments for the three months ending 30 June, of which 84 percent were unitranche loans.