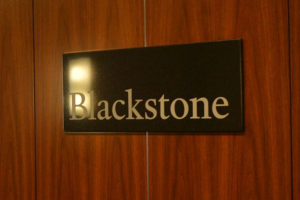 Performing credit posted a 0.9 percent gross internal rate of return for the third quarter, though its last 12 months return was 8.9 percent. Distressed investments posted a 3.9 percent loss due to some upstream energy investments, which brought total losses for the last 12 months to 9.3 percent.

The firm’s performing credit definition includes mezzanine debt and mid-market lending funds. Distressed funds includes the GSO Capital Solutions fund series along with its energy debt funds, a strategy in which the firm wrapped up a $4.5 billion fundraise in June.

The negative distressed returns have weighed on GSO Capital Solutions Fund II, which has returned a net IRR of 1 percent and a 1.1x multiple on invested capital. Fund I has returned 10 percent net and a 1.4x MOIC. The mezzanine debt funds have posted stronger performances, with GSO Capital Solutions Fund III – the most recent vehicle, which wrapped up fundraising in October 2016 – reporting a 12 percent net IRR and a 1.2x MOIC.

GSO also held a second close in the third quarter on its latest European direct lending fund, GSO European Senior Debt Fund II, at €2.18 billion. The fund has commitments of €50 million from Taiwan Life Insurance and $50 million each from the Ohio Police and Fire Pension Fund and the State of Wisconsin Investment Board. Fund I has returned a 10 percent net IRR and a 1.2x MOIC.

Fielding a question about the biggest challenges private markets face in the coming years, Blackstone president and chief operating officer Jon Gray said that deployment can be tough but the firm had a lot of outlets through which to put capital to work.

“In terms of the challenges, obviously deployment is a question,” he said. “The good news is it is a big investable world. We have lots of pools of capital, we have lots of geographies we can invest in. But that’s always a challenge, particularly in things that are more fixed-income oriented. So, in infrastructure and real estate, it makes it a little harder to deploy capital. But our scale has been a big advantage for us.”

Blackstone’s assets under management rose slightly from $545.5 billion at the end of the second quarter to $554 billion as of 30 September. The large segment of AUM is private equity at $173.9 billion followed by real estate and credit at $157.1 billion and $141.9 billion, respectively.