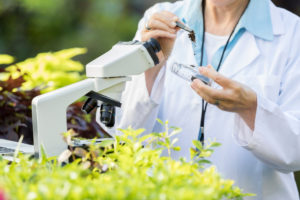 “I am confident that these promotions will position us best for continued success and platform expansion,” Bluestein said in a statement. “Moving forward, we will continue to opportunistically and strategically make investments in our organization that helps achieve our growth objectives for the year and supports our vision of becoming a broader provider of specialty debt financing solutions.”

Jadot has been with Hercules since 2005 and was previously a vice-president in the life sciences division at Silicon Valley Bank, while Kuo joined Hercules one year later after working at Lightcross, a silicon photonics startup. Kuo is also the current head of Hercules’ SaaS finance group and will retain that role in his new position.

Hercules also released earnings last week, which revealed that the firm’s portfolio had crossed the $2 billion mark, totalling $2.15 billion. Of that total, $1.91 billion was debt positions. Since the beginning of April, the firm has committed $153.5 million in the second quarter, it said on the first-quarter earnings call.

“We remain optimistic by what we’re seeing so far in Q2 2019 as we continue to be selective in our evaluation of and the potential conversion of our new deal pipeline currently at over $1.2 billion,” Bluestein said, according to a transcript of the call.