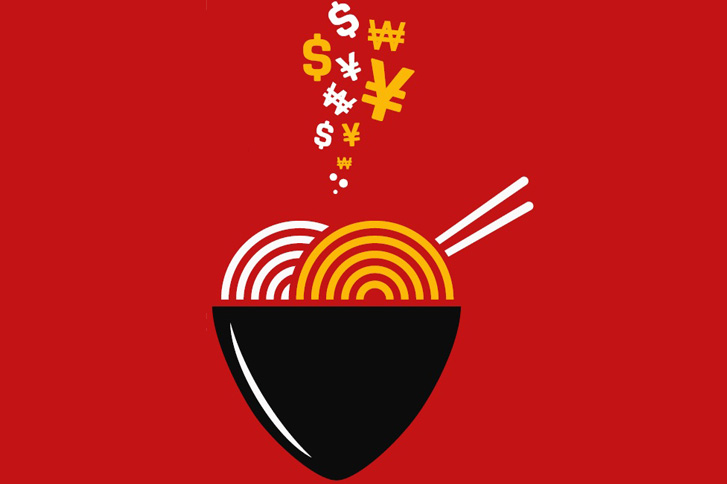 The appetite for Asia-Pacific private debt investments over the past decade has grown significantly and, the pandemic notwithstanding, the next 10 years looks set to be when this market comes of age.

Research from Private Debt Investor shows the number of APAC-focused funds to have met their fundraising targets steadily grew between 2016 and 2019. In 2016, 37 percent of funds missed their initial targets, followed by 30 percent in 2017 and 18 percent in 2018. Last year, just 3 percent failed to meet their goals. Even with the spectre of covid-19 looming over investors’ portfolios, allocations to these strategies have remained strong. Between the first quarter and third quarter of 2020, just 8 percent of funds have yet to raise their initial targets.

The story is particularly remarkable, given the breadth of the type of investors involved. The money entering Asia-Pacific private debt is not purely from major institutional investors such as sovereign wealth funds. Instead, this cash is arriving from global pension funds, corporations, endowments, foundations and even retail investors.

In recent weeks, we have seen this trend continue. At the beginning of October, the $34 billion Iowa Public Employees Retirement System issued an RFP document for Asia-focused asset managers specialising in private debt.

Since the global financial crisis, issuance levels have steadily climbed across the region, with investors increasingly comfortable with lower-rated companies. However, between 2008 and 2011, pricing for debt in Asia excluding Japan was problematic for the private market.

At the same time, there was an exodus of the bulge bracket firms from certain parts of the market because of regulatory changes from the Dodd-Frank Act and the Volcker Rule. This led to a reduction in the number of bank-owned special opportunities and prop desks, but paved the wave for an exciting new breed of participant.

“The slack over the past decade has been taken up by credit-focused hedge funds, private banks and the growing plethora of family offices both within and outside of the region,” says Chris Woods, a partner at Shard Capital.

Woods also notes the ever-growing pile of cash from the Japanese retail market, where an enormous base of depositors has been keen to embrace certain Asian private debt pockets, such as Chinese small-cap opportunities.

The type of private debt in demand by investors has also shifted over the past five years. PDI research shows that in 2016, 54 percent of capital was raised for corporate debt strategies, with real estate (29 percent), infrastructure (8 percent) and diversified (9 percent) somewhat out of favour. Today, corporate debt strategies dominate: in the first three quarters of 2020, 92 percent of all fundraisings were for this sector, with the remainder to real estate. The figure for corporate strategies is up by 13 percentage points on 2019, when diversified strategies accounted for 16 percent and real estate just 3 percent.

The largest successful fund close in the first three quarters of 2020 was the PAG Loan Fund IV, the firm’s fourth direct lending fund, which closed at $1.5 billion. Unsurprising, given the aforementioned statistics, PAG’s strategy has also focused on offering mezzanine finance, asset-backed loans and facilities with a broad range of terms to corporates across the region.

Among the investors queuing up for the fund was the $26.7 billion San Francisco Employees Retirement System, according to a statement at the end of 2019.

Matt O’Sullivan, head of Asia-Pacific origination at M&G, says the continued appetite for corporate debt can partly be attributed to Asia continuing to hold its position as the fastest growing regional economy in the world, in spite of global geopolitical and macroeconomic challenges.

“Capital required by Asian businesses has continued to increase faster than banking systems have been able to grow,” he says. “The pullback by banks from various products has been a noticeable trend.”

This was in part precipitated by the financial crisis, and the growing risk requirements that came in its aftermath. “There has therefore been a growing emphasis from banks on only the most profitable lines of business, often meaning a focus on larger clients at the expense of smaller ones,” says O’Sullivan.

Despite the appetite for corporate loans, he says investors are still interested in opportunities across all areas of private debt in the region, including consumer loans and real estate: “Combined with the Asian banks being even more focused on the corporate relationship side of lending, this has opened up significant opportunity for lending into other areas of private credit.

For investors, the growth of private debt markets has led to a flourish of new investment opportunities as companies recognise that financing options may be more commonly available from sources other than their bank, according to O’Sullivan.

“This growth has spurred Asian businesses to see the opportunities available from non-bank lenders, who bring much needed diversity to often bank-heavy capital structures and the potential for more bespoke forms of lending such as longer term transactions, or more flexible structures,” he says.

Despite concerns about covenant quality, the appetite for private debt in Asia remains undiminished.

PDI research shows the vast majority of Asia-Pacific-focused funds met or exceeded their initial targets in the first three quarters of 2020. In fact, 52 percent exceeded their original expectations, with just 8 percent failing to meet their fundraising goals.

Woods of Shard Capital says this can partly be attributed to a combination of investors seeking new income opportunities: “The key drivers have been loose monetary policy and the fall in interest rates leading many to hunt for yield. But one can’t help but feel that this ends in tears like it has done before, although this may well be some time away, given the loose policies in place to combat the pandemic.”

Although debate continues over the sustainability of the current market dynamics, there is no question that asset management companies sense a once-in-a-generation opportunity. With greater investor demand for private debt strategies across the region, fund houses are investing heavily in resources and staffing.

In August, Schroders announced the appointment of a new head of private debt, based in Australia. Nicole Kidd’s appointment from RBC is to be part of a series of “high quality additions” to drive growth in private debt across the region, according to the London-listed fund group. It also follows the company’s acquisition of a majority stake in Asian real estate specialist Pamfleet.

Schroders is not alone in its ambitions for this market, however. In September, Ares swooped for John Knox, the respected former chief executive officer of Credit Suisse Australia, to head its APAC expansion, while Barings added John Ratcliffe to head its Asia-Pacific real estate arm in June. Muzinich & Co. has underscored its commitment to the market, with the appointment of Andrew Tan as head of Asia-Pacific private debt, after a career at HSBC as head of global loans and special situations (Asia-Pacific).

The realisation by companies that they need local expertise to best serve clients in this market is reflected in research by PDI. The proportion of APAC-focused funds domiciled in the region has been growing steadily over the past three years. In 2018, the share of APAC-focused funds headquartered in Asia-Pacific stood at 78 percent of all vehicles closed, but this grew to 93 percent in 2019. For the first three quarters of this year, all funds had their headquarters domiciled in the region.

“Access for foreign investors is not always simple, with certain jurisdictions imposing currency controls and regulatory frameworks that can be challenging in the context of a single country, but prohibitive in the context of a geographically diversified portfolio,” says M&G’s O’Sullivan.

“In some cases, the way the judicial system functions in practice has been challenging for non-domestic investors, and political connections and influence become relevant considerations for lenders. Personal relationships are often important, and sponsors are often individuals or family-owned businesses.”

With these many factors in mind, it is clear why investment firms are keen to have a presence on the ground at one, if not more, locations in the region. The question for foreign-owned managers in the months to come will be whether they can afford to maintain those outposts, given the financial pressures from the pandemic.

While the range of borrower options have broadened, covenant quality across the region has been declining.

Pre-covid, there were concerns raised about underwriting standards and covenant quality.

Moody’s in January noted covenant quality in Asia was at its lowest recorded level by the end of 2019. A Reuters report in October 2019 also flagged that leveraged loan terms were being eased in Australia as a result of the surge in non-bank liquidity.

Some observers had anticipated that the ‘unknowns’ from covid would have deterred investors from making further allocations to private debt, but it has not played out that way.