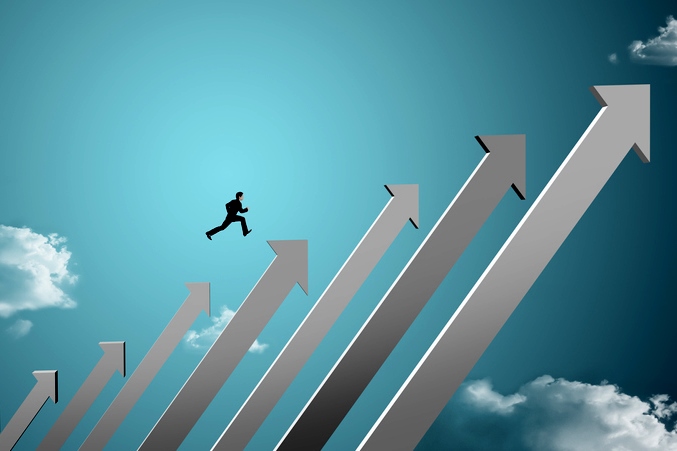 Where private markets investors go, secondary sales inevitably follow, as we have seen with the private equity, real estate and infrastructure asset classes in the past. As the new kid on the block, private debt has yet to establish a major secondary market but there are pioneers out there building a business around acquiring secondary debt.

When Private Debt Investor last took an in-depth look at the state of private secondaries back in February 2020, it was before the outbreak of the coronavirus pandemic, but the feeling at the time was that private debt was still too immature a market for a major secondary transaction sector to develop.

But checking back in on secondaries we see a market that is expanding rapidly, both in terms of transaction numbers and in the number of asset managers willing to take a chance on growing a debt secondaries line in their business.

“The technology exists to enable GPs to more actively manage their portfolios and in some situations, it may make sense to accelerate liquidity for their vehicles”
Toni Vainio
Pantheon

Private markets investor Pantheon recently revealed that the value of secondary dealflow screened across senior, mezzanine and distressed debt grew from just $3 billion in 2017 to $9 billion in 2019. Furthermore, prior to the pandemic it screened more than $3.5 billion of deals in just the first quarter of 2020. Turnover rate – annual secondary market transaction volume divided by total unrealised value – for LP interests in debt funds has also increased significantly from just 0.5 percent in 2017 to 1.6 percent in both 2018 and 2019.

Toni Vainio, partner at Pantheon in its global private debt investment team, says the growth of the primary market is naturally causing the secondary market to expand.

“The technology exists to enable GPs to more actively manage their portfolios and in some situations, it may make sense to accelerate liquidity for their vehicles. But what has been missing is dedicated pools of capital to partner with both GPs and LPs to help with their liquidity needs.”

LP secondaries are typically the first step in a private market’s development and happen when institutional investors want to obtain liquidity prior to the natural endpoint of a vehicle and so sell their interest to another LP. Such deals are relatively simple as fund terms and structures do not change, only the LP base becomes a little different.

In a GP-led secondary, a fund manager will proactively seek a liquidity solution that all LPs in the fund can benefit from. This can be achieved via tender offers, fund restructuring or creating a new fund known as a continuation vehicle. These transactions not only change the investor base but can lead to major changes in both fund structure and terms.

What will be needed to elevate private debt secondaries to the next level will be the growth of a healthy GP-led market.

“While the LP market is robust, the GP-led side is still in the early stages, but many will have been watching the success of GP-leds in the private equity business,” explains Vainio. “They need to see that this is a source of capital to manage portfolios and maintain and grow their assets under management.”

He adds that while GPs today are more open-minded about secondaries than they were some years ago, there are still few large GP-led deals in private debt secondaries. However, Vainio expects that once a few high-profile players engage with the secondary market it will stimulate others to look at this option for portfolio management.

Persevering in a pandemic

But how has the secondary market been impacted by the coronavirus pandemic? The short-term impact in primary deals saw many transactions put on hold or cancelled when it first erupted at the end of the Q1 2020.

“Dealflow stopped from March 2020 for several months as the market needed to reprice risk, and deals that had been in discussion in February and early March were put on hold,” explains Olga Kosters, head of private debt secondaries at Paris-headquartered Tikehau Capital. “Sellers and buyers were trying to figure out where the value was.”

Tikehau is a relatively recent entrant to private debt secondaries, having already made a name for itself as an investor in primary debt deals. The firm hired Kosters in late 2019 to build a secondaries business, initially investing off balance sheet but has recently launched a dedicated secondaries vehicle. While launching any business during the pandemic presented challenges, Kosters says there have been opportunities created by the crisis.

“We were able to make several investments in the wake of covid and in April and May we saw a lot of value in the public markets but also in some closed-ended funds and BDCs,” she says.

The crisis also created new liquidity challenges for LPs that face long-term fixed liabilities, which creates more opportunities for secondary investors to offer a solution to those LPs.

That firms like Tikehau are now offering dedicated private secondaries funds to institutional investors indicates there are enough LPs out there who see the potential to add value through investing in secondary deals.

“There’s a number of advantages for LPs in secondaries that they would not get in a direct lending fund,” says Kosters. “Capital can be deployed very rapidly either in funds that are already fully deployed or in the late stages of deployment, which for some can be preferable to waiting several years to deploy their full commitment.

“There is also the benefit of diversification. Secondaries are investing in a range of different vintages and managers that the LPs weren’t able to invest in at the time, which can help LPs with their own risk management.”

While it may only represent a small part of the broader private debt market, secondary deals have come a long way in a short time in a market that is relatively much younger than other asset classes in which secondaries have become a very significant feature.

As noted earlier, private debt secondaries have yet to see some of the large-scale deals that are now a regular feature of private equity secondaries, but it may only be a matter of time before larger GPs turn to secondary investors to help them manage their portfolios.

Kosters says about two-thirds of the market is currently LP deals but that GP-leds are growing and are expected to make up a more significant contribution to overall transaction volumes in the coming years.