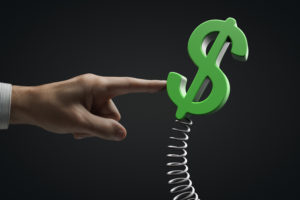 Taking a page from their private equity brethren, some private credit managers have been adopting a more hands-on approach with the operations of their portfolio companies.

Although this is typically associated with private equity managers or turnaround specialists, it is something that Blackstone Credit and several other credit shops, both large and small, have been doing for some time to boost EBITDA margins at their portfolio companies and, unsurprisingly, to give them an edge in the highly competitive market for private credit deals.

The bigger credit managers are harnessing their massive purchasing power to offer their current or potential portfolio companies big discounts for services such as health insurance and shipping. They are also using these features to build closer relationships with management teams, something that has been a cornerstone of tech-orientated credit investors such as Vista Credit Partners and Crescent Cove Advisors, which take a highly proactive approach to the companies in their portfolios.

Blackstone Credit launched its programme in 2015, when a small company whose spin-off it was financing complained about losing the purchasing power provided by its one-time conglomerate parent. Today, the $234 billion credit investment arm of the world’s biggest alternative asset manager has five people dedicated to helping companies benefit from the company’s considerable purchasing power and expertise.

“We’re trying to be more than capital providers; we’re value-add partners,” says Brad Marshall, head of North America private credit at the giant manager, and chief executive officer of its Blackstone Private Credit Fund and Blackstone Secured Lending Fund. “We’re offering our portfolio companies operating support that complements what they get from their private sponsors.” Those benefits include such things as procurement, cross-selling of products and data mining.

The Blackstone Credit Advantage programme, as it is known, helps the lender get closer to management teams through more frequent communications, says Brad Boggess, a Blackstone Credit managing director and leader of asset management, who joined the platform in 2018 to “supercharge” the programme. “We view the portfolio companies as our customers.”

Operational support by private lenders, while not unique to Blackstone, does require some heft. “Only managers with extraordinary scale, such as Blackstone, have the firepower to do it,” says Richard Wheelahan III, managing director and co-founder of Fund Finance Partners, an independent debt advisory firm. “You’ve got to have your hooks into so many important parts of the economy.”

Competitors such as Carlyle have also been employing these strategies for some time. “We have always thought of our operational capabilities as a differentiated platform advantage in the market,” Alex Popov, head of Illiquid Credit Strategies at Carlyle, says in an email. In the deals where Carlyle gets involved at a more operational level, “we believe our capabilities can create equity value for our partners and de-risk investments for our investors.”

Popov says Carlyle has leveraged its industry expertise and relationships to win a contract potentially worth about $25 million annually in EBITDA for one portfolio company. Using the parent’s purchasing programme, Carlyle Credit has reduced IT spending with key vendors and saved an aggregate of $10 million to $15 million in costs for one of its businesses, he says.

Restructuring and turnaround specialists often provide operational support along with recapitalisation. For instance, SVPGlobal, a global private credit firm, gets involved on an operational level in the 30 percent of its deals where it has majority control. “Most people in our industry are good at doing a debt-equity restructuring,” says Victor Khosla, founder and chief investment officer of the $18.5 billion in AUM debt-focused manager. “To make those operational changes is where we are really different from the vast majority,” he adds, noting that SVPGlobal employs 12 operating partners who have experience in consulting firms and who also focus on hiring and talent management.

“Founders are looking for more than just capital providers, particularly in times of uncertainty like today,” David Flannery, senior managing director and president of Vista Credit Partners, says by email. VCP, which was created by Vista Equity Partners in 2013, views itself as a “dynamic strategic partner” to the private software companies it finances. VCP’s non-PE controlled, founder-run companies look to it “to drive value in ways beyond our capital invested”.

To that end, VCP offers FounderDirect to its portfolio companies to assist with such things as M&A, competitor benchmarking and recruiting. “We leverage Vista’s deep domain knowledge, operational expertise and extensive ecosystem, with all its intellectual property, to create a unique solution for growing, performing… companies that are seeking funding to continue executing on growth initiatives,” Flannery says.

Because VCP is the sole lender in a FounderDirect investment, its relationship to management is “considerably closer” than other credit or non-control investments, Flannery adds. He notes that at VCP, with over 250 investment professionals and technology experts and 400 portfolio company executives, “for any situation a borrower is facing, there is likely someone in the organisation that has relevant experience”.

Similarly, at Crescent Cove, which finances tech companies, “we work alongside as partners”, says Jun Hong Heng, founder and chief executive officer. The multi-asset investment firm, he explains, seeks to build relationships with founders who aren’t backed by institutional funding. “We want to work closely with the founder to help them reach their various milestones, be it a growth milestone, capital market milestone, or another important event,” Heng says.

This type of involvement has paid off big time. One of the firm’s borrowers, Luminar Technologies, which produces technology primarily for self-driving cars, went public in December 2020, making its founder Austin Russell the youngest self-made billionaire in the US at 25 years old. Heng now sits on the Luminar board, and Russell, he says, has gone on record as saying that Heng is one of his most trusted advisers. “For us, the main thing is the relationship,” says Heng.

Is it just a PE thing?

Some observers say that operational assistance to portfolio companies only works when the private credit manager is affiliated with a private equity firm, and they raise concerns about potential conflicts of interest between the two arms.

It’s not necessary “to disclose prejudicial or sensitive information from one side to the other”, says Wheelahan of Fund Finance Partners. “It’s okay to allow the businesses you’re invested in to benefit from your largesse and prowess,” he adds.

Some express scepticism that these programmes are little more than a marketing tool for firms to differentiate themselves in a highly competitive market. Although managers acknowledge that they incorporate these services in their marketing, they also point out there are measurable benefits to their portfolio companies. Blackstone Credit says its programme has generated significant annual savings for portfolio companies.

Moreover, Blackstone and others – notably lenders to more entrepreneurial, tech-orientated ventures – say that these services have been a differentiating factor in their ability to win deals.