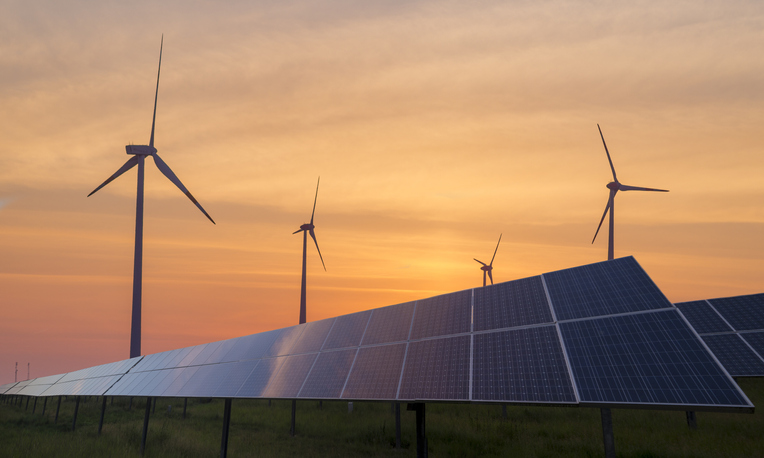 For an asset class that barely existed in Europe as recently as a decade ago, infrastructure debt continues to benefit from growing investor appetite. With large insurance companies and pension funds as pioneers, the investor base is now growing as opportunities stack up and managers seek to set themselves apart.

Claus Fintzen is chief investment officer and head of infrastructure debt at Allianz Global Investors, which last year completed its 69th infrastructure debt deal and has invested more than €14 billion in the asset class since 2012. “This is now an established asset class and every institutional investor is looking at it in some way,” he says. “They are all fully embracing it as one of the alternatives that they need to invest in at a time when liquid markets are not providing either the yield or the duration that people are looking for.”

He has seen a growing number of Asian investors shifting infrastructure debt commitments from the US to Europe, with institutions looking for duration and total-return investors moving in search of higher yields.

Andrew Jones is global head of infrastructure debt at Sydney-headquartered AMP Capital, which has raised $5.45 billion for the asset class in the past five years. He says that although investor demand for credit is currently somewhat muted, infrastructure debt is the exception: “Investors are saying that infra debt should be well positioned even if there is a downturn in key markets around the world, and the defensive characteristics of the asset class should be strong.

“We have seen an increased number of investors for each of the three funds we have raised. While the US and European insurance companies have been active in the space for some time, we are now seeing increasing demand from smaller institutions and not just insurance but also pension plans and sovereign wealth funds starting to commit.”

Whether such investments come from fixed income or alternatives allocations depends in large part on the kinds of returns being sought. Sundeep Vyas, deputy chief investment officer for infrastructure at DWS Alternatives Global, says: “In a lot of cases, infrastructure debt is coming from the corporate bond or fixed income side and it is just a small slice. Some are trying it more as part of the alternatives bucket – each institution will have a slightly different way of managing their risk and their diversification.”

Fintzen adds: “I say to investors that it’s really important from a balance sheet perspective and a regulatory perspective that you treat infrastructure debt as fixed income. The alternatives bucket is the wrong place for it in my view, because if it is competing with higher yielding but riskier hedge funds and private equity the returns are not going to look attractive.”

Infrastructure is perceived as an attractive asset class at times of macroeconomic uncertainty, and is popular because of its defensive characteristics ahead of any downturn. However, investments in infrastructure bring a degree of political and regulatory risk. Investors are currently focused on the impact of trade tensions between the US and China and what Brexit or a possible Labour government could mean for UK assets.

Jones says: “Our attitude towards the UK is that we still see good investment opportunities there. The nature of infrastructure assets is such that we are looking for things that are not particularly influenced by GDP, so we expect assets to continue to perform even if there’s a downturn in the economy. But the investments we are looking at are being tested against potentially quite tough recessionary environments, so we are certainly cautious.”

Not all infrastructure assets are immune to macroeconomic developments. Sectors such as toll roads and container ports are likely to be impacted by a slowdown in trade – though there is little concern in regulated utilities, where the volume risks are taken out by regulation.

Infrastructure debt managers remain bullish on the European opportunity, where lending to infrastructure projects continues to transition away from banks at a fast pace. In the US market, a large proportion of investment-grade infrastructure debt is already available to institutions via the private placement market, which tends to focus on the energy sector. However, a growing proportion of that US private placement capital is now flowing through to European credits.

AMP Capital is committed to both Europe and the US. Jones says: “For us, the North American market is very active and we have probably seen more opportunities there in the last 12 months than we have in Europe, which is a change from past years. Generally Europe has been a larger, deeper market, but the US has taken off.

“On both sides of the Atlantic, digital infrastructure has been the most active sector, with assets like fibre-optic cable, telecommunications towers and data centres being very aggressively sought by infrastructure funds. We are also seeing a strong pipeline of renewables opportunities in Europe in particular, with quite a lot of offshore wind and portfolios of wind and solar assets being leveraged up by developers.”

According to Jones, AMP has completed a record number of deals and deployed an unprecedented amount of capital in the last 12 months. The business is seeking an even split in the capital it deploys between the US and Europe, and some deployment in Asia. Within Europe, the firm has seen a lot of activity in the Nordics, Germany and France, while opportunities have also been looked at in southern Europe.

Vyas says his firm currently sees opportunities across the board in Europe. “It is simply a question of the cost of capital and the returns that investors are looking for that will determine whether managers focus on specific countries or sectors. Renewables is always a big part of the market, followed by rolling stock, roads and transportation, which are all very active, then utilities, then assets like car parks, biomass, waste and so on.”

At Allianz Global Investors, funds are deployed in core infrastructure assets including transportation, regulated utilities, renewables and social infrastructure, as well as in core-plus assets such as storage.

Fintzen says: “Today, when it comes to core infrastructure, refinancings and investment grade debt, there are lots of investors looking at opportunities and the terms are not that attractive. So to be a successful platform you need to be able to focus on a broad array of opportunities such as acquisitions and greenfield projects. Obviously, the competition is strong and there are more investors than there are assets, but that is probably true in any asset class today. Some of the US names and Canadian names we see more on the traditional infrastructure corporate side, and less on the greenfield side, where the big competition in Europe is still very much from the banks.

“We also see some fund managers coming in and wanting to be passive behind the banks, with very little comment on the documents, whereas we regard ourselves as more active investors. We want to be involved in the structuring and spend time on the deals, with a focus on the larger transactions.”

Vyas says the European market is wide, but the challenge does not come from new managers entering the space, just more investors. “There are not new players so much as institutional investors becoming more active, so the weight of capital is certainly moving towards institutional investors rather than banks. Opportunities in the market are high, margins are squeezed, but within that you have to focus on specific risk-return profiles and where the market opportunities match your investor expectations. The number of participants in the market has remained the same in the past 12 months, but those same players are more active.”

With more capital flowing into infrastructure debt, managers are being pushed to differentiate their offerings for investors, with the spotlight on sourcing and specialising to stand out from the crowd.