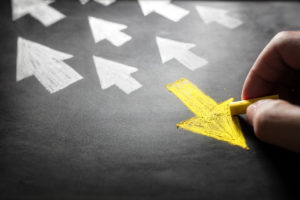 KKR reported in its third-quarter earnings that it generated a 4 percent gross internal rate of return over the previous 12 months across its alternative credit flagship funds.

The New York-based firm counts its Special Situations Fund, Lending Partners and Private Credit Opportunities Partners vehicle series as its flagship funds. The gross return figure was down for the second quarter in a row after the strategies returned 5 percent gross for the year ending 30 June and 7 percent for the 12 months until 31 March.

The firm did not release a breakdown of the 12-month figures by specific fund series or by fund vintage. At 30 June, Special Situation Fund II returned a 2.9 percent net IRR and a 1.1 multiple on invested capital. Those numbers were constant with the first quarter of the year.

The mezzanine vehicle Private Credit Opportunities Fund II posted a 6.4 percent IRR and a 1.1 multiple for the year to 30 June – a significant uptick from the 2.6 percent and 1.0x for the period ending 31 March. Lending Partners II returned 8.8 percent and 1.3x for the 12 months to 30 June, with the net IRR decreasing from 9.1 percent at the end of March and the multiple on invested capital staying constant.

Todd Bulione is stepping down as president, though he will remain president of the BDC’s advisor, FS/KKR Advisor. He will also continue to serve on the board of each BDC.

Steven Lilly, who joined KKR as a managing director in October, has assumed the role of chief financial officer at the BDCs. He replaces William Goebel, who will become the BDCs’ first chief accounting officer.

Drew O’Toole and Ryan Wilson will become co-chief operating officers. O’Toole is an executive director of FS Investments, while Wilson is a director of KKR Private Credit and a COO of the same division.

FS KKR is set to report its third-quarter earnings on 8 November. It reported a net investment income for the quarter ending 30 June of $0.19 a share. According to Refinitiv BDC Collateral, this will cover the firm’s dividend of the same amount.

FS KKR reported a slight increase in its total assets from $7.33 billion to $7.74 billion, though its investments decreased from $7.44 billion to $7.23 billion. Its net asset value per share was $7.88, up slightly from the $7.86 figure reported for the first quarter, the database showed.

Editor’s note: The article has been updated to reflect Drew O’Toole’s title.