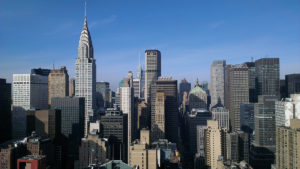 KPS Capital Partners has hit the road in search of $5 billion for troubled companies, according to a Hamilton Lane investment memo to the Teachers’ Retirement System of Louisiana.

The New York-based asset manager is raising KPS Special Situations Fund V, a follow-on to its $3.5 billion Fund IV, which surpassed its $3 billion target. Fund V will focus on North America and Western Europe and make 12-15 investments it plans to hold for three to five years, according to the investment memo. The firm will use a subscription credit facility.

KPS, which declined to comment, focuses on control-oriented investments in financially or operationally distressed companies, the memo showed. These could be corporate carve-outs, turnarounds, restructurings and bankruptcies, Fund IV’s closing announcement specified.

Investments that KPS targets are mainly in basic materials, branded consumer goods, luxury products, automotive parts, capital equipment and general manufacturing, according to the Hamilton Lane memo. Some 88 percent of the firm’s investments have been in the industrial sector and 12 percent have been consumer businesses. The vast majority of Fund II, Fund III and Fund IIIS were also in industrial companies.

Distressed debt and special situations fundraising has seen a significant rebound this year following a disappointing 2018, according to PDI data. Last year, the strategy raised only $25.26 billion after collecting $67.40 billion in 2017. Through the first half of the year, distressed and special situations vehicles, which brought in $36.55 billion, surpassed all the money raised last year.

In addition to its New York headquarters, KPS has offices in Frankfurt and Amsterdam. Founded in 1991, the distressed manager has made 70 controlling investments, with 30 being platform companies and 40 being add-on acquisitions, according to the firm’s website.