“Our investment strategy is very defensive. We don’t go hunting for the upside from things like equity kickers and warrants. Our number one priority is capital preservation.”

Peter Lockhead, co-head of European direct lending at Intermediate Capital Group, which has closed its latest fund on just over €8 billion (see here). 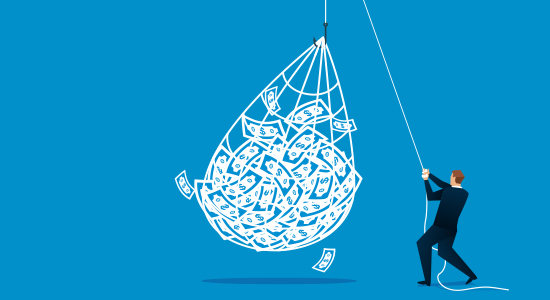 Apollo widens exposure to wealthy individuals
Apollo Global Management, in a bid to accelerate its efforts to target wealthy individuals, has agreed to buy the US wealth distribution and asset management business of Griffin Capital. Terms of the all-stock deal weren’t disclosed.

Griffin, a closely held alternative asset manager based in Los Angeles, has 60 professionals that distribute products across the wealth management landscape, particularly in the independent broker-dealer channel. Apollo said that channel provides a complement to the New York-based asset manager’s existing focus on private banks, wirehouses, registered investment advisers and family offices. Apollo will also acquire Griffin’s asset management business, including its investment team and more than $5 billion of assets under management in products focused on individual investors.

“The democratisation of finance brings tremendous opportunity for individual investors to access alternatives,” Marc Rowan, Apollo chief executive officer, said in a news release announcing the deal. The Griffin acquisition “will significantly advance” Apollo’s growth plans in the US wealth market, which it outlined in its investor day presentation in October. The firm said then that it plans to raise a cumulative $50 billion of capital in the next five years for its global wealth business, one of its key growth initiatives. The firm also said the market for high-net-worth and mass affluent assets totalled $178 trillion, significantly higher than the $102 trillion institutional market.

Kevin Shields, chairman and chief executive officer of Griffin, said: “The world of alternative investments is vast and competitive, and partnering with a world-class asset manager like Apollo is a logical step in the growth and evolution of Griffin.” He said Apollo has the necessary resources to grow Griffin’s existing interval fund business, which periodically gives investors the ability to sell back a portion of their shares, in contrast to traditional private funds.

The purchase, which is expected to close in the first half of 2022, is Apollo’s largest to date in the global wealth space, and follows several significant hires in that business. It also comes amid the recent expansion of private wealth platforms by big competitors such as Ares Management and KKR. Blackstone Group has also sold non-traded real estate investment trusts and private credit funds to individuals. Apollo had approximately $481 billion of assets under management as of 30 September 2021.

Atalaya said the asset-backed security issuance was oversubscribed and meaningfully improved expected returns for its investors.

“This issuance is a testament to the growth of our dedicated platform and hard work by our team, and we are thrilled to have been able to bolster returns for our fund investors through this transaction,” said Rana Mitra, head of Atalaya’s equipment leasing strategy, in the release.

“Importantly, this transaction allows us to broaden the leasing solutions we can provide for our counterparties,” Mitra added.

Atalaya’s asset-backed security issuance was rated triple A by Morningstar, for the senior most tranche in the securitisation.

The $300 million fund focused on originating and acquiring leases backed by mission-critical equipment. The manager’s equipment leasing strategy provides financings for small to mid-market companies and larger counterparties as well.

New York-based Atalaya focuses on private credit and special opportunities investments. The manager was founded in 2006 and has more than $6 billion in assets under management.

Manual admin still the norm for a third of managers
A new study exploring the future of fund administration and impact of new technologies has found a significant number of private capital funds are still lagging behind in terms of their digital capabilities.

The study, The Future of Fund Technology, commissioned by Intertrust Group and based on interviews with 300 private capital fund senior decision makers in the UK, Europe, North America and Asia, found almost one-third of private capital funds (30 percent) are still using primarily – or even entirely – manual processes.

In addition, one-fifth (21 percent) of respondents do not believe automation and new technologies will be vital to competitiveness over the next five years.

Despite that, 87 percent of large-cap managers with more than $3 billion of assets under management plan to increase their tech spend over the next five years, of which 17 percent are planning at least a 20 percent budget uplift.

London-based Bergen Finance will play in a market which Arrow says has grown by over 400 percent since 2013 to more than £5 billion ($6.6 billion; €5.9 billion) per annum. It will provide finance to UK companies with short-term capital requirements, delivering risk-adjusted returns supported by the underlying property market.

Heading the business will be Andrew Ward and Adrian Hogan who join the business as managing director and director, respectively.

Ward has over 25 years’ experience in business and commercial lending at Lloyds TSB, Five Arrows (Rothschild) and Credit Agricole. Hogan has almost a decade of experience in the secured lending space having worked at a number of financial institutions, including founding and growing the Paddington Street bridge lending venture.

Both are both US-based and will report to Sid Chhabra, head of structured credit and CLO management.

O’Hara was previously CMBS portfolio manager at KLS Diversified Asset Management for 13 years where he was head of CRE/CMBS investments, and a member of the investment committee. He has also held senior positions at UBS Investment Bank, Morgan Stanley and Fitch Ratings.

Shohet was vice-president of CLO tranche investing at Oxford Funds before joining BlueBay. He has also held roles at Ernst & Young, including as manager of structured finance transactions.

Investec sees active first year in private debt debut
Investec announced it has committed 70 percent of its inaugural debt vehicle having completed 20 deals in its first year since launch.

Investec Private Debt Fund I raised €165 million in January 2021 to provide senior secured debt including unitranche and subordinated debt for private equity and corporate-backed businesses in the mid-market.

The fund invests in firms with €3 million to €75 million EBITDA based in the UK, Ireland, Benelux and DACH regions with a focus on growth.

TCRS’s recent private debt commitments have been primarily to global vehicles focused on the corporate sector.