“Investment in less liquid and alternative assets can support good retirement outcomes for UK investors and we welcome the government’s recognition of this in the prime minister’s letter to the UK investment industry.”

Part of a statement from Jack Inglis, chief executive officer of the Alternative Investment Management Association, following the UK government’s call for pension funds to back longer-term UK assets. 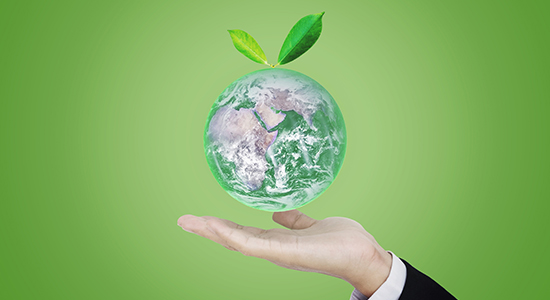 Only a handful of private debt loans have thus far managed to break the billion barrier in terms of value. One of them arrived at the beginning of this week in the form of Ares Management’s £1 billion ($1.4 billion; €1.2 billion) financing for RSK Group, the UK environmental and engineering business.

But it was not just the sheer size of the loan that turned heads, it was also the sustainability aspects. RSK anticipates interest savings in excess of £500,000 per year and has committed to donate a minimum of 50 percent of the margin benefit towards “sustainability-related initiatives or charitable causes”, the firm said in its statement.

While this reflects both the increasing ability of private debt funds to compete with banks at the larger end of the debt financing market and the growing seriousness with which they are taking ESG issues, one firm has cast doubt on whether ESG is getting the attention it deserves in M&A processes.

“ESG analysis has previously been a ‘tick the box’ exercise – simply identify existing risks, like missing environmental permits – rather than trying to assess how emerging trends in ESG will affect earnings in the future,” says Robert-Jan Drenth, a manager at Accuracy, an international financial and strategic consulting firm.

An email sent by Accuracy said businesses are becoming increasingly aware of how underperformance on ESG metrics can increase risks and affect the long-term returns of companies they acquire. But it added that ESG analysis must now be treated as an integrated part of the due diligence process, rather than as an add-on “as is still frequently the case”.

Warsaw-based fund manager CVI has posted a first close for what it claims is the first institutional direct lending fund ever raised to focus on Central Europe.

The CVI CEE Private Debt Fund has so far raised €80 million with half the capital being committed by the European Investment Fund through its Private Credit Tailored for SMEs programme, part of the European Fund for Strategic Investments.

The vehicle has already made seven investments with two more expected shortly, which would make the fund 30 percent invested. Target markets include Poland, Czech Republic, Slovakia, the Baltics, Romania and Hungary.

CVI has a final target of €300 million for the fund, which makes individual investments of between €2 million and €15 million.

“Central Europe offers a significant opportunity in terms of private debt, as the market is still very much underserved,” said CVI managing director Radoslav Tausinger in a statement.

17Capital, a financing source for investors in private equity, says it deployed $1.4 billion of capital in the first half of this year – close to the firm’s record level of annual deployment of $1.5 billion in 2020. The firm says the unprecedented dealflow is due to growing demand for flexible and bespoke portfolio financing.

Propel, the UK asset finance provider, has received two further financing tranches from the British Business Bank to add to its existing ENABLE funding facility. The firm says the total facility will allow more than £216 million of finance to be provided to SMEs across the UK.

Chicago-based fund manager Monroe Capital has hired Chris Babick as a managing director in its originations team. He will lead the firm’s relationship sourcing and the origination of new business opportunities within the Southeast US region.