“The Fed is talking tough on inflation by projecting a large and rapid increase in rates, but we think it won’t fully deliver and be forced to live with inflation” 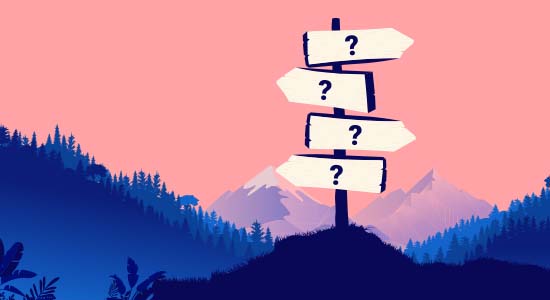 Asia-Pacific lacks clarity on LIBOR transition
The transition away from London Interbank Offered Rate benchmarking for loans is proving to be something of a challenge, especially for those organisations based in Asia-Pacific, according to a recent conversation we had with Andrew Ferguson, the Hong Kong-based chief executive officer of the Asia-Pacific Loan Market Association.

Ferguson pointed out that the transition has been largely driven by the UK, which was “a long way ahead” in transition activity before other countries began to come on board. But while the UK lauded an approach based on the compounding of the Secured Overnight Financing Rate in arrears, the US argued that this approach didn’t suit its needs and has instead, guided largely by the Federal Reserve, moved in the direction of term SOFR (not an approach the UK’s Financial Conduct Authority appears keen to endorse).

Ferguson says Asia-Pacific has found itself “caught in the middle”, with a survey conducted at the end of last year by the APLMA finding its members more or less equally split on whether compounded arrears or term SOFR would be the best way forward. While Australia appears keen to follow the lead of the UK, term SOFR seems to be gaining traction in the region generally. Many of the biggest banks in Asia-Pacific have substantial operations in both the US and Europe and thus ambiguity on the topic is unsurprising.

For the APLMA, one of the practical challenges is the need to update all of its documentation. But until the way forward becomes clearer, there is no prospect of contemplating that task. LIBOR may have technically come to an end for new loans at the end of last year, but its replacement is still not entirely clear.

Private credit is investor choice
It’s an increasingly volatile world, and also a world in which a growing number of investors are seeking to mitigate this volatility through private credit.

The latest survey to confirm this comes from global investment manager Nuveen. It finds that, with traditional fixed income struggling to produce robust income, 75 percent of investors say they are planning to expand their reach for yield over the next two years – and 62 percent are looking to do so through alternative credit.

The survey also finds private credit is attracting more new investors than any other asset class, with 72 percent now having exposure compared with 62 percent in 2020. Almost a third (31 percent) say they plan to increase their private credit assets over the next two years.

Wright takes new real estate debt role at KKR
KKR has appointed Lindsey Wright as managing director and head of investment services for the firm’s real estate credit business in the US.

In the newly created role, Wright will lead the development of a dedicated services platform to support asset management, loan origination, securities investing, risk management and client experience for KKR’s real estate credit franchise as it continues to grow.

The platform is based in Dallas, Texas, and Wright has plans to build a team of industry specialists to oversee special servicing, stabilised loan asset management, transitional loan asset management support, and investment oversight across KKR’s real estate credit portfolio.

Monroe sold securities rated from AAA through BB as well as subordinated notes, with Monroe and affiliates retaining a majority of the subordinated notes in the transaction. Deutsche Bank served as lead manager, structuring agent and bookrunner, with Raymond James co-manager. The transaction was structured to meet and comply with both European and US risk retention guidelines.

Prestige Shariah fund up and running
Fund manager Prestige Funds, based in Cambridge, UK, says it has received seed investment for its Premium Alziraea Fund, a Shariah-compliant real assets and project financing fund targeted at UK renewables and agriculture.

The fund will aim for capital appreciation of 5-7 percent per annum net with annualised volatility of 1 percent and will operate without leverage or performance fees. Prestige said Dubai-based Kroma Capital Partners was instrumental in raising the seed investment.

Prestige said the fund will invest in a broad portfolio of projects and small businesses with a focus on UK agriculture and horticulture that have historically operated with low default rates. The fund is aiming to raise $50-75 million in year one for what it sees as an investable opportunity of up to $960 million over the next one to three years.

Benefit Street Partners is managing both funds; according to the SEC fillings, it is understood that both the distressed credit vehicles were launched last year. The target sizes are yet to be disclosed by the fund manager.