“The powerful restart of economic activity has broadened, with Europe and other major economies catching up with the US.”

From the latest Weekly Market Commentary published by the BlackRock Investment Institute. 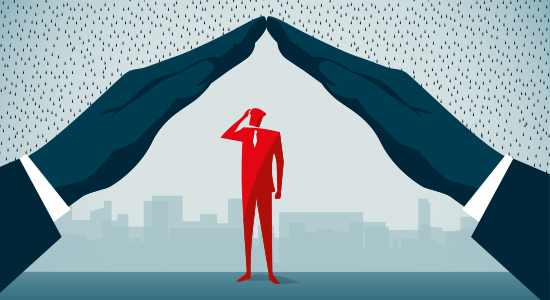 Questioning the safe option…
In case you missed it, our Friday Letter last week focused on the issue of risk appetite among limited partners and asked whether “safe and steady” private debt investments would suffice as we move into a more inflationary period (see here).

This was also a talking point in the specific context of infrastructure debt at our PDI Debt Week. Should inflation prove to be long-lasting, the point was made that infra debt looks well placed with its predominance of floating-rate notes and inflation-indexed underlying cashflows.

But there was also recognition of the need to diversify beyond the market’s roots of availability-based roads, public-private partnerships and the like.

The increasing flexibility of infrastructure’s definition has been not just a major theme but also a source of some humour. Referring to an Italian pharmacies deal, one panellist drily noted that such a deal was “not quite one for us yet. Maybe in a year or two”.

The report finds that, since the start of the covid-19 pandemic in early 2020, there have been no loans recorded with a loan-to-value of more than 80 percent (the riskier end of the spectrum). The average acquisition LTV across Europe in 2020 was decidedly conservative at less than 50 percent.

The safety-first approach was confirmed by the average margin going up 150 basis points for 70-79 percent LTV loans. “Lenders are continuing their risk off attitude, reducing exposure to higher risk loans and requiring higher margins,” said Hans Vrensen, managing director and head of research and strategy at AEW.

Fundraising bounce back. The value of funds raised in the first nine months of 2021 has exceeded both 2018 and 2020 as it appears fundraising is back on track following the pandemic. In total, $149.6 billion was raised by debt funds according to figures from the upcoming PDI Fundraising Report, indicating 2021 is likely to beat the $176.5 billion raised in the whole of 2020.

DaCruz will operate out of the San Diego office and report to managing director and head of life sciences, Rob Lake. He will facilitate new investments in life sciences and healthcare businesses nationwide. DaCruz has served multiple roles at Silicon Valley Bank for the past 10 years.

Margulies is experienced in financial restructuring and insolvency matters, distressed asset sales as well as cross-border and special situation financings. Over the past decade, he has been involved in some of the largest and most complex corporate defaults and restructurings, acting for debtors, creditors, private equity and hedge fund clients.

Arkansas Teacher Retirement System has confirmed $90 million-worth of commitments across two private debt funds, according to materials from the pension’s September 2021 board meeting.