“One thing is clear: the inflation rate will not remain as low as last year over the long term.” 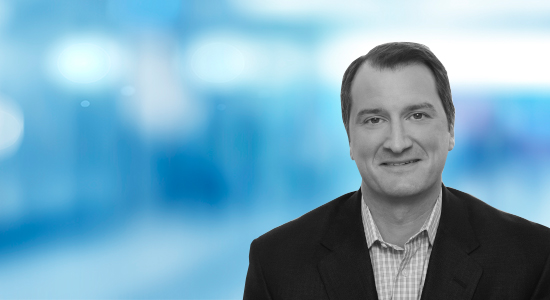 Barings BDC goes international with Pantheon
Bain Capital Specialty Finance, a business development company managed by Bain Capital Credit, has formed a joint venture with the private credit business of Pantheon, the London-based alternative assets firm. The tie-up, details of which can be found here, will allow the BDC – which, as with all BDCs, invests mainly in the US – to expand its mid-market direct lending reach into Europe and Australia.

Michael Ewald, Bain Capital’s global head of private credit, told Private Debt Investor: “In the US you could have a company that is considered relatively small in terms of EBITDA, but in Norway it’s a market leader. We don’t see any reason to cut off attractive geographies and just focus on opportunities in the US.” He told us Bain had entered discussions with a few other parties but concluded that a partnership with Pantheon “made the most sense”.

Zeroing in on Asian private debt
Private debt looks poised to close the gap on private equity in Asia-Pacific, according to a February newsletter published by Hong Kong-based fund manager Zerobridge Partners. “Private equity has been in focus for the last few years but is struggling to meet investor expectations”, it says, pointing to record levels of dry powder combined with a “scarcity of genuine opportunities and historically high valuations”.

Zerobridge says Asia-Pacific buyout and growth funds have held up better than private equity funds generally but are still characterised by high prices, increased competition and limited exit opportunities which are “weighing on future returns”. Investments have also been concentrated on China and technology.

The firm notes that private debt is an emerging asset class in Asia-Pacific, with only around 34 funds with commitments of $16 billion by June 2020, according to the Burgiss Manager Universe. But it predicts that investors will be drawn to direct lending funds, in particular, where there are “far fewer J-curve characteristics to those found in other private closed-end funds – the investment pace is faster, thereby dampening the performance impact of organisational costs, and profit generation is immediate from current cash yield”.

Ares carries momentum into 2021
As part of its results announcement for the fourth quarter and year to the end of 2020, Los Angeles-based manager Ares Management revealed a strong start to 2021 in terms of investments and exits.

The firm said that, from 1 January 2021 to 4 February 2021, it had made new investment commitments of approximately $524 million, 86 percent of which were in first-lien senior secured loans and 83 percent were floating rate. Over the same period, the firm exited from $1.1 billion of investment commitments, including $260 million of loans sold to Ivy Hill Asset Management.

Ares’ full-year 2020 growth in assets under management and fee-related earnings both climbed by more than 30 percent. The firm raised more than $40 billion during the year and deployed over $20 billion.

Top tickets. The average ticket size for private debt loans to UK SMEs dwarfs those available from other sources of financing, according to new research by the British Business Bank. In its first major report on the asset class released last week, BBB said that private debt funds make average loans of £6.5 million ($9 million; €7 million), well above the £167,000 average advanced by traditional banks.

Seddon will lead the 25-strong Catalyst global investment team, which has a presence in London, Singapore, New York and Mumbai. He was formerly co-head of private credit within M&G’s Private & Alternative Assets team.

Thomas Richards is the endowment’s chief investment officer. Its investment consultant is Verus.