“The pressures caused by supply chains and energy prices will take months to ease. It would be irresponsible for anyone to pretend that we can solve this overnight.” 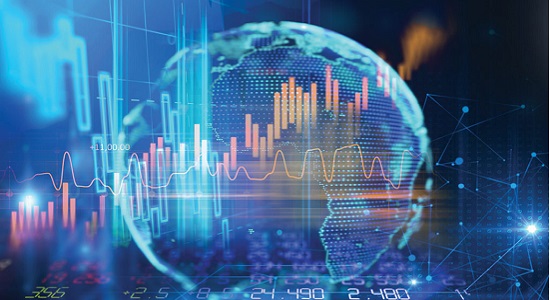 However, S&P believes bond issuance will start to fall off next year, forecasting a 2 percent fall in 2022.

Headwinds likely to affect bond markets next year include inflation, which has risen to its highest levels in more than a decade. The US Consumer Price Index showed 5.4 percent growth in September 2021 due to ongoing supply chain issues creating bottlenecks.

While S&P economists believe current inflationary trends to be transitory, it notes that a growing proportion of market participants are concerned about the potential for persistent inflation. While inflation concerns have not initially created problems for issuers, higher inflation is pushing real interest rates below zero in the US and even in Europe for European speculative grade credits.

All four major property types, which includes apartment, industrial, office and retail, grew since last month, the research firm said. In addition, the industrial and apartment sectors each set a record for year-on-year price growth, with industrial rising 16.9 percent and apartments up 16.3 percent.

Deal volume of apartments totalled $178.5 billion through the first three quarters of this year, a near-record level of activity for a full year, according to the report. Office also surged 16.9 percent from the year ago month, driven by strong suburban office price growth of 20.2 percent.

Real Capital Analytics is a research firm focused on the deals, players and trends that drive the commercial real estate investment markets.

Debt investors go green
A survey by the European Leveraged Finance Association ahead of the UN’s COP26 climate change conference found 100 percent of high yield and leveraged loan investors state ESG has increased in importance in the past 12 months. More than nine in 10 say climate risk assessment is an important element of credit analysis with 63 percent of those saying it is very important to their analysis.

The survey also found 78 percent of asset managers focused on high-yield and leveraged loans say requests from investors for portfolio-level climate change data has increased in the past two years, while none cited a decrease in requests.

Nine in 10 private debt investors surveyed state that a lack of ESG information could be a deal breaker for them when deciding investment opportunities, while 86 percent regularly monitor specific ESG metrics.

The investment will support Clearco to provide fast equity-free capital to UK e-commerce businesses to accelerate uptake of Clearco services in the UK, the company’s second largest market outside the US.

Clearco was established in 2015 and has provided more than £1.4 billion of capital to over 5,500 small and medium-sized businesses.

The fund, managed by Sixth Street, was launched this month and is seeking to raise $3.5 billion.