“Inflation is everywhere, and it could be around for longer than anyone would like. So, why didn’t the Fed – the central bank of the world’s largest economy – not see what was coming?” 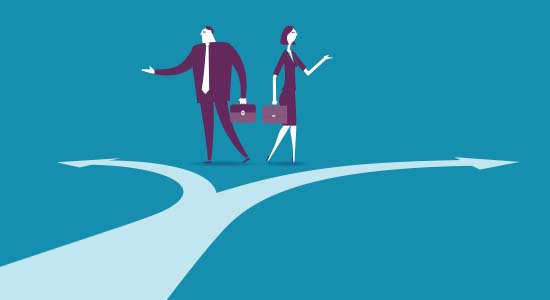 However, the report identified difficulties for the industrials sector with many companies unable to meet demand due to rising costs and physical supply chain problems. The missed operating leverage allowed increased labour and material costs to compress margins.

Golub predicts that 2022 will be something of a crossroads, revealing “which private equity-backed companies fixed their 2020 covid-related problems permanently and which just kicked the can down the road and will now face hard times”.

A caution on leverage
The good times are rolling in private credit, but firms need to be careful about leverage given the environment we’re moving into. That’s the message from Jamie Athanasoulas, managing director of private credit at HarbourVest, the US-based private markets specialist, as part of a series of outlook pieces written by senior professionals at the firm.

Athanasoulas points out that deal volumes reached record highs in 2021, while default rates remained at historically low levels – with the average default rate last year being 2.1 percent, according to the US S&P LSTA, a public market proxy for the private credit market.

He observed three key themes during last year that he expects to continue into 2022 and beyond: the demand for private credit remaining high due to the $1 trillion of dry powder available for buyout-focused funds; a shift to larger deals as private credit encroaches on the syndicated market (upper end has soared from $500 million to as much as $3 billion); and a pronounced shift in focus to the healthcare, business services and technology sectors which are perceived to be less cyclical, with high cashflows and low default rates.

However, Athanasoulas did sound a note of caution: “Many companies and private equity sponsors are looking to maximise leverage. It is important to understand the pressures that these companies may face both in terms of rising inflation, borrowing costs and supply chain pressure.”

Fundraising makes a comeback. Private debt fundraising activity rebounded strongly in 2021 from the lows seen during the height of the covid-19 pandemic in 2020. The total value of funds raised reached $248.7 billion, according to preliminary figures from the PDI Fundraising Report 2021, the second highest full-year value on record. However, the number of funds closed dropped again to just 230 as the average size of vehicles continues to increase.

Across its client base, Partners received $25 billion in new commitments in 2021, meaning its assets under management increased by 17 percent year-on-year to $127 billion. The firm completed $32 billion of investments during the year, more than triple the $10 billion invested in 2020. Partners said last year’s deals represented a catch-up effect as a result of deals being postponed by the initial covid outbreak.

The joint venture, which is focused on Greece and Cyprus, has onboarded €33 million of real estate-backed non-performing loans in its first month of operation. The partnership is aimed at jointly pursuing investment and co-investment NPL opportunities in the real estate, shipping, infrastructure, renewable energy, hospitality and SME sectors.

The £21.72 billion ($29.7 billion; €26 billion) UK public pension’s recent private debt commitments have focused on senior debt strategies in the US and Europe.